Chong Ming checks in for duty with a mission

First day: Chong Ming, flanked by Eei Hui (left) and Pei Tty (right), briefing the players at the end of their training session. — Photo from MyAllSports

KUALA LUMPUR: Newly-appointed women’s doubles head coach Chan Chong Ming has been criticised for his lack of experience in the role but he remains unfazed – he will let his work do the talking.

The 40-year-old appeared to be in high spirits as he clocked in on his first day at the Academy Badminton Malaysia (ABM) yesterday.

Chong Ming, who once formed Malaysia’s No. 1 pair with Chew Choon Eng before leaving the Badminton Association of Malaysia (BAM) in December 2007, showed no signs of awkwardness as he swiftly mingled with his players and two assistants Chin Eei Hui and Wong Pei Tty.

As it was only the first day of the national training back in full swing, there was a relaxed and cheerful atmosphere. There was much laughter as coaches and players played three-against-three fun matches.

“I’m really excited about coming back here (to BAM). Although it’s a different place, but stepping into the ABM reminds me of my first day at the previous ABM in Taman Maluri (Cheras) in 1993, ” said Chong Ming.

“The facilities are top-notch, courts have good quality floorings. I have seen many training centres with the national team, including the National Sports Council (NSC) Bukit Jalil and Stadium Juara, but ABM is where I had fond memories.

Chong Ming is well aware of the challenging task ahead of him.

After all, the women’s doubles department has always been seen as the weakest link of the national set-up.

Chong Ming, who is being heavily scrutinised, especially by Datuk Razif Sidek who claimed he’s not fit for the job, is ready to prove that he has what it takes to succeed.

Razif had described Chong Ming’s appointment as a gamble as he had only coached children in the grassroots development under Astro’s Kem Badminton but had not proven himself at elite level.

“There’s always a first time to everything. But I’m ready for the challenge, ” stressed Chong Ming.

“I have been entrusted with the job and I will take this chance well and do my best.

“I’m really looking forward to accomplishing what I have been hired for... to raise the standard of the women’s doubles players.”

Of the 10, world No. 14 Mei Kuan-Meng Yean are the only pair who look set to qualify for the Tokyo Olympics next year.

Chong Ming believes he will form a dynamic team with former teammates Eei Hui and Pei Tty, who were the world No. 1 during their playing days.

“I can count on Eei Hui and Pei Tty, who have been with BAM for a long period of time. I will need a lot of input from them for a start. I have also spoken to (predecessor) Rosman (Razak) before reporting in, ” he explained.

“As today is only my first day, I can’t share much for now. I will observe all my players for the first two weeks before making further plans.”

Chong Ming has also vowed to help Mei Kuan and Meng Yean step up their game since they have stagnated of late.

“There is always room for improvement. I always believe in that, ” said Chong Ming.

“I will do my best to help the players identify their problems and find a solution for them.” 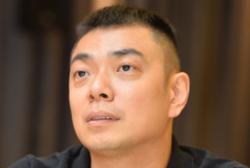 Chong Ming glad to be back with BAM after 12 years National coach Chong Ming gets a head start with videos