PETALING JAYA: The cancellation of the Lingshui China Masters has thrown a spanner in the works of the Badminton World Federation’s (BWF) bid to restart the sport worldwide.

The Lingshui event scheduled for Aug 25-30 became the latest tournament to be scrapped, suffering the same fate as the Hyderabad Open (Aug 11-16).

These two lower-tier events had been listed as among the first tournaments in the revamped calendar unveiled by the BWF on May 22 in their bid to kickstart the sport after the Covid-19-forced suspension since March.

The China BA issued a statement on their official website on Wednesday saying they would not proceed with the hosting of the Lingshui event.

It was obvious that the organisers are taking no chances after a new outbreak has been reported in China two weeks ago. Covid-19 originated from Wuhan in China.

Following the cancellations of the meets in Hyderabad and Lingshui, all eyes will now be on the Taiwan Open from Sept 1-6.

The Taiwan event will mark the return of the BWF’s top-flight circuit since the completion of the All-England in mid-March.

The Badminton Association of Malaysia have made it clear that they will take no chances with the health and of their shuttlers by limiting their overseas assignments.

Latvia throw caution to the wind and Open their doors

Taiwan Open is on as planned despite the odds 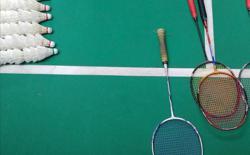 Travel restrictions could pose a problem for shuttlers