The Badminton World Federation (BWF) unveiled their revised tournament calendar last week in a bid to salvage the season, but have yet to furnish details on the changes to the Tokyo Games qualification process.

The Celcom Axiata Malaysian Open and Indian Open are among the two Olympic qualifiers making a comeback later this year after being suspended in April.

However, Peng Soon does not think any of the 22 tournaments lined up in the last five months of the year will offer ranking points in the Race to Tokyo.

“I have a strong feeling that they (the qualifiers) are going to return only next year. At least, that’s how it should be, ” said Peng Soon.

“If the qualifiers were to resume this year, I’m sure everyone would fight hard for the points but it would come at a cost because playing in too many tournaments could lead to injuries.

“After all, it’s been more than than two months since most of us competed at the All-England in mid-March. By the time the World Tour resumes, it will be six months. It’s going to take a toll on us, competing week in, week out again.

“Also, international travel will be a major concern. Can we actually enter a country without having to undergo a 14-day quarantine?

“There are too many issues to ponder, so I don’t see the need to hurry the qualifying race.”

The other notable qualifiers that were suspended between March and April include the German Open, Swiss Open, Singapore Open and the continental championships in Asia and Europe.

The Singapore Open and Asian Badminton Championships have been cancelled while suitable replacement dates are still being finalised for the German and Swiss Opens and the European Championships.

“It would be great to pick up from where we left off in March, that’s the fairest and most ideal solution I can think of, ” said Peng Soon.

Prior to the season’s suspension in March, Peng Soon and partner Goh Liu Ying were on course for their second successive Olympic Games.

The Rio Olympics silver medallists are currently ranked seventh in the Race to Tokyo standings but face a battle from compatriots Goh Soon Huat-Shevon Lai Jemie (11th) and Tan Kian Meng-Lai Pei Jing (13th) for the rights to represent Malaysia.

A country can only have two pairs if both are in the top eight. 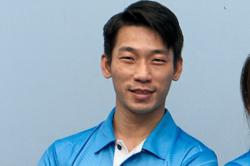 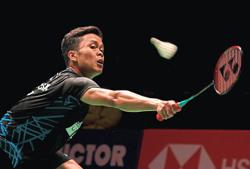 Anthony back on the rise after All-England flop