PETALING JAYA: Former international Ong Ewe Hock has called on the Badminton Association of Malaysia (BAM) to impose a strict Key Performance Index (KPI) on four Indonesian head coaches over the next one year.

“In my opinion, they should be given a maximum of one year. If they’re not good enough, out they go, ” said Ewe Hock.

“As an elite team head coach, there’s no such thing as one needing more time to produce results. Their players are not juniors, where one can have years to groom them

Ewe Hock believes BAM should have given local coaches more leading roles rather than relying heavily on the foreigners.

“Is it true that our local coaches are inferior compared to their counterparts from other countries? I don’t think so. If yes, we wouldn’t have our former coaches serving abroad, ” said Ewe Hock.

Tan Kim Her, Jeremy Gan, and Lee Wan Wah are with the Japanese national team. Wong Tat Meng is with the South Korean team, where he’s tasked to handle former world No. 1 Son Wan-ho while Lim Pek Siah is a national coach in Singapore. 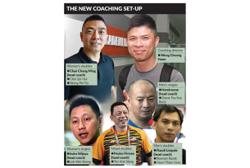 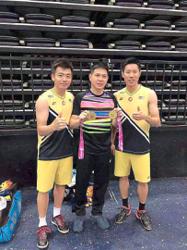 Replaced coaches to remain in charge in return to training