The 20-year-old is on the verge of his first back-to-back victory when he faces world No. 6 and local hero Son Wan-ho in the men’s singles final at the Korean Masters in Gwangju today.

The Taiwan Open winner reached his second World Tour final without breaking a sweat yesterday when his semi-final opponent Sitthikorn Thammasin of Thailand lasted only a minute before retiring due to an ankle injury.

So far, the lanky Zii Jia has been the only bright spark in the men’s singles department in the absence of Lee Chong Wei, who is recovering from nose cancer.

And the world No. 60 Zii Jia wants to keep the momentum going by exacting revenge over Wan-ho.

“I was prepared to face the Thai but he was injured. I knew he had twisted his ankle during his quarter-final win against Soong Joo Ven (on Friday) but I thought it was not serious,” said Zii Jia.

Zii Jia is hoping to take advantage of the easy ride into the final by pushing top seed Wan-ho to the limit. 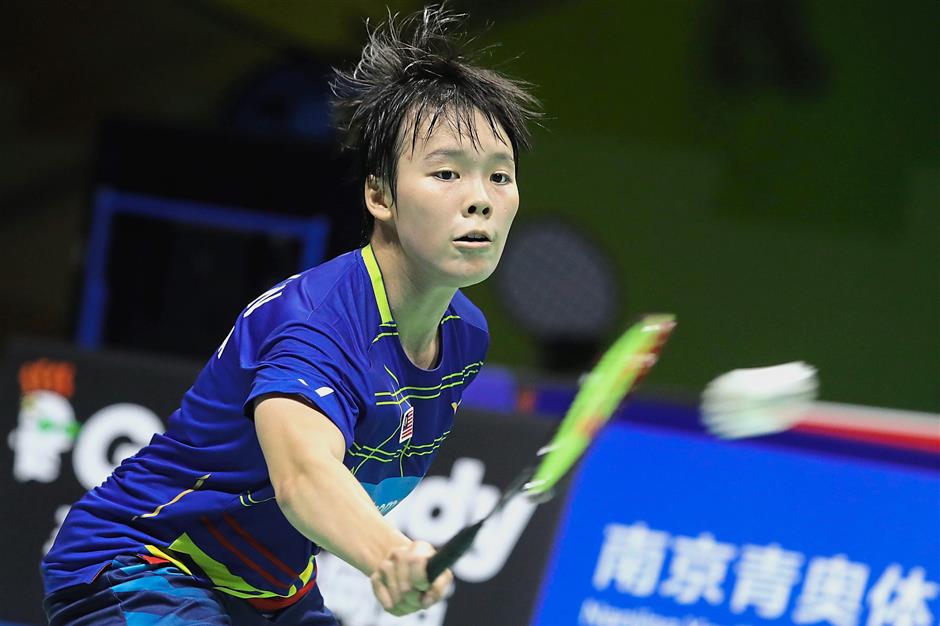 Goh Jin Wei fell in the women’s singles semi-finals at the Korean Masters.

It will never be easy to gun down the national No. 1 at his own backyard but Zii Jia is ready.

He showed before that he was no pushover when he upstaged world No. 3 Chou Tien-chen en route to winning the Taiwan Open last month.

“Wan-ho will start as the favourite. But the key is not to give him too much respect despite him being one of the top-10 ranked players,” said Zii Jia.

“All I need to do is to play my best badminton. If I can do that, I stand a chance.

“I’m inspired to win back-to-back titles but I need to stay focused.”

If Zii Jia wins today, he will end South Korea’s seven-year domination in the men’s singles event since 2011

Meanwhile, Goh Jin Wei fell short in her bid to make it a double joy for the national team as the two-time world junior champion went down fighting 21-23, 21-10, 14-21 to the 2012 London Olympic champion Li Xuerui of China.