BAM president Datuk Seri Norza Zakaria made the announcement that the former world No. 1 and one-time World Cham­pionships silver medallist will officially start his new job with a two-year-contract beginning Jan 1 next year.

“That is definitely one of his tasks (of winning a first-ever Olympic gold medal in Tokyo), but to set that as his KPI, we have to sit down with him, and look at the capability and the current situation in terms of the players and our performances,”

He pointed out that the role of the coaching director will be different than that of a technical director – a position that was vacated following Morten Frost’s decision to resign after he held the post from 2015-2017.

“If we say technical director, it will be overall from junior programmes and development programmes but his task is to look only at the structure of our national squad.

“It means under him now is the five national head coaches and the coaches under the head coaches.

“He will be with the coaching and training committee and the management to see how we approach the 2020 Olympics. The details we will have to work it out with him.”

“We have assessed him and I feel that with his character, he can work together with the other coaches,” added Norza.

Choong Han is now serving the BAM as one of the members of the Coach Education Panel (CEP), which is tasked with reviewing the existing coaching methods and improving the quality of the coaching.

But it is not a full-time job and he is doing it on a voluntary basis.

The 41-year-old Choong Han has established himself as one of the country’s top junior coaches over the years.

Together with other former internationals – including Lee Wan Wah, Chew Choon Eng and Chan Chong Ming – the quartet founded the Pioneer Badminton Academy in 2009.

Choong Hann is just happy that a local has been entrusted with the job to take the sport to greater heights.

“I’m truly grateful for the trust the BAM have given me, especially Datuk Seri Norza, Datuk Ng Chin Chai and the council members,” said Choong Hann.

“I’ll try my best to deliver and raise the bar for our badminton. I’m not officialy starting my work yet but I’ll do some early work by discussing with the team from now.

“I’ll engage and work closely with the existing coaching team, so that we can improvise and improve from the level we are now,” he added.

Norza also announced that Aidil Sholeh Ali Sadikin will be joining the BAM starting on Dec 3. The 18-year-old made heads turn when he won the silver medal at the Malaysia Games by defeating Asian Junior champion Leong Jun Hao.

“He (Aidil) has agreed and we have contacted the Badminton Association of Selangor, who have also agreed.

“We want to lift the standard of men’s singles and and the inclusion of Aidil Sholeh will help. If there are others, we will consider.” 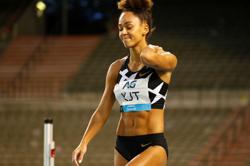 Low on a high
Joo Ven hoping for good news from Basel
It’s priority and safety over prestige for Mei Kuan-Meng Yean
BAM discards Soon Huat-Shevon head to Europe with something to prove
One hectic job to fit in all four majors in one year
Zii Jia has nemesis Momota in his path at All-England
Dad’s not a problem
Fight like there’s no tomorrow, Flandi tells Sze Fei-Izzuddin
Taiwanese duo to skip All-England
Tan’s a smash hit on FB