Someone to rely on: Lee Chong Wei won two Superseries titles and emerged runner-up in the World Superseries Finals in Dubai. Below: Goh Jin Wei contributed the solitary gold for the national team at the Kuala Lumpur SEA Games.

PETALING JAYA: Let’s make it the best year for badminton.

“I want the players to erase last year’s disappointment. I want them to fight with fervour and stamp their mark and make it a glorious year,” said Norza.

Except for Lee Chong Wei, none of the Malaysians won Superseries titles last year. Chong Wei won the All-England, Hong Kong Open and emerged as runner-up at the World Superseries Finals in Dubai.

Malaysia contributed only one gold at the Kuala Lumpur SEA Games through Goh Jin Wei in the women’s singles.

The biggest meltdown was at last year’s World Championships in Glasgow, Scotland, in August when Chong Wei and Co failed to clear the early rounds – making it one of the worst results for Malaysia in the world series. 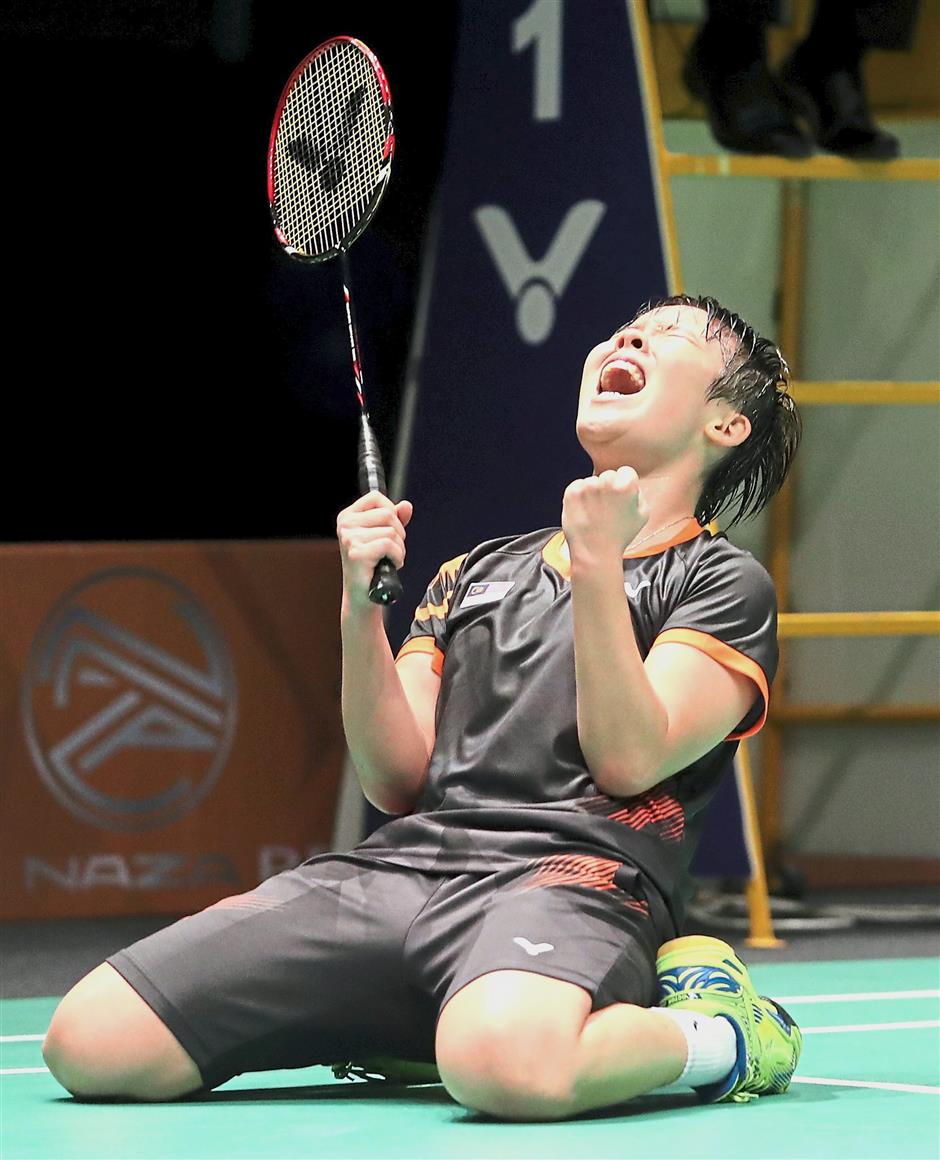 “There are many major tournaments this year and it’s my hope that our players will rise to the occasion in every one of them,” said Norza.

The big events are the Commonwealth Games in Gold Coast, Australia, from April 4-15; Thomas-Uber Cup Finals in Bangkok, Thailand, from May 20-27; the World Championships in Nanjing, China, from July 30-Aug 5; and Asian Games in Jakarta and Palembang, Indonesia, from Aug 18-Sept 2.

In order for Malaysia to qualify for the Thomas-Uber Cup Finals, they must emerge as one of the top four teams at the Badminton Asia Team Championships in Alor Setar, Kedah, from Feb 6-11.

Norza said the BAM would finalise the teams for the first two events – the Commonwealth Games and the Thomas-Uber Cup qualifiers – at the coaching and training committee meeting tomorrow.

“I’ve given the mandate to the coaches to name the best players. We’ll include independent players too if the coaches can justify their selection,” said Norza.

Malaysia reached the semi-finals at the last Thomas Cup Finals in Kunshan, China.

In the previous multi-sport Games in 2014, Malaysia won four bronze medals at the Incheon Asian Games and three gold medals at the Glasgow Commonwealth Games.

Malaysia out to overcome Japan and emerge as group winners
Brian and Kunlavut serve reminder to BAM that our youngsters better get cracking
Badminton still top priority for businesswoman Liu Ying
Wait and See game pays off
Apacs sponsorship a boon for doubles specialist Wee Kiong
China’s young guns give Xuanze reason to believe they are title contenders
Badminton: M’sia almost through to quarter-final of Sudirman Cup after 3-2 win over England
Ellis not in wonderland
No need for pressure cooker – Pearly and Thinaah stay cool as cucumber
Zii Jia uses first-hand experience to keep debutants steady