PETALING JAYA: Shuttler Goh Liu Ying (pic) will be out of action for four to six months after a shoulder surgery in Germany.

As a result, Liu Ying and her mixed doubles partner Chan Peng Soon have pulled out of the World Championships in Glasgow, Scotland, from Aug 21-27.

With months of rehabilitation expected, Liu Ying is likely to return competitively with Peng Soon later in the year.

Liu Ying, who left for Germany to fix her shoulder injury at the Sportklinik Halle on May 13, said that it was the best decision.

“A day after I arrived in Germany, I met up with the experts. I was immediately taken for surgery (on May 15),” said Liu Ying from Halle.

“It all happened so quickly. I want to prolong my career so I decided to undergo the surgery.”

This is not the first time that an injury has forced Liu Ying out of competitions. She was ruled out for almost a year after undergoing surgeries on both her knees in 2014.

But she returned and partnered Peng Soon to win the silver medals at the 2016 Rio Olympics and the All-England in March this season.

Liu Ying’s progress, however, came to a halt again when she injured her shoulder at the Indian Open in April.

To fast-track Liu Ying back to action, the Badminton Association of Malaysia (BAM) president Datuk Seri Norza Zakaria gave her the approval to seek treatment in Germany.

“I’m grateful to our president for being quick in handling my injury problems. The doctors are also looking into my knee.

“I’ll stay here (in Halle) and go through the rehabilitation programme. The facilities are good. I’m alone but I feel right at home ... the people are very nice.”

Despite her ordeal, Liu Ying said she would rally behind her team-mates at the ongoing Sudirman Cup in Gold Coast, Australia.

Malaysia will open their campaign against Germany in Group C today.

“I wanted badly to be with the team, but I just couldn’t because of the injury. My thoughts are with them when they take on Germany. Malaysia have not gone beyond the semi-finals, but I’m confident that we’ve a strong team to defy the odds this time,” said Liu Ying. 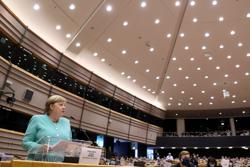 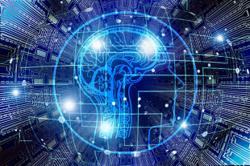