(Reuters) -Banned Russian athlete and 2012 Olympic 400 metres hurdles champion Natalia Antyukh is set to lose her gold medal from the London Games after the Athletics Integrity Unit (AIU) disqualified her results from July 2012 to June 2013 on Monday.

Antyukh, 41, won the title at the London Olympics in August 2012, beating American Lashinda Demus, who will be upgraded to the gold if the International Olympic Committee (IOC) acts on the AIU ruling.

"Following AIU charges based on LIMS data, Russian athlete Natalia Antyukh has been banned for the use of a Prohibited Substance/Method. DQ results from 15 July 2012 until 29 June 2013," the AIU said in a statement.

Antyukh's results were disqualified after the Russian Anti-Doping Agency (RUSADA) rendered its decision last week. The ruling will become final and binding if there is no appeal after 45 days.

The AIU will then inform governing body World Athletics' Competition Department so they can disqualify her results, after which the AIU will write to the IOC to confirm her sanction so they can reallocate the medals.

Antyukh is already serving a four-year ban until 2025 for breaking anti-doping rules. The ruling was handed down last year by the Court of Arbitration for Sport (CAS).

At the time, CAS said all her competitive results from June 2013 through the commencement of the period of her ineligibility (April 2021) were disqualified.

Several other Russian athletes have also had their medals from the 2012 Olympics stripped due to anti-doping rule violations.

(Reporting by Rohith Nair in Bengaluru; Editing by Christian Radnedge and Ken Ferris) 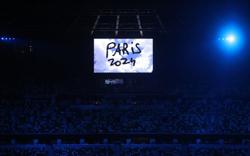