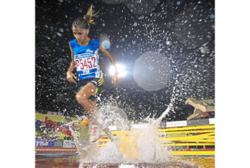 (Reuters) - Eilish McColgan's latest European and British 10,000m records set at the Great Scottish Run earlier this month have been invalidated after the Glasgow course was found to be 150m short, organisers said on Wednesday.

Commonwealth Games champion McColgan had finished the Oct. 2 race in 30 minutes and 18 seconds but organisers said the course was "not laid out in line with the previously agreed plans" and apologised to the Scottish runner as well as the participants.

"The shortfall in the distance was wholly due to human error," the statement read. "We will be reviewing our internal processes to ensure we cannot make this mistake again."

McColgan remains the European and British record holder after setting both times at the Great Manchester Run in May.

The 31-year-old, who followed in her mother's footsteps by winning Commonwealth Games gold in August, also picked up a silver in the 5,000m in Birmingham as well as two European Championship medals in Munich later that month.

"Human errors happen. The organisers have been so apologetic. They feel very embarrassed," McColgan told the BBC.

"But I have no bad words to say. I only ran a second faster in Glasgow than in Manchester earlier this year so it doesn't really change my year.

It is the second time the Great Scottish Run has had a discrepancy in the distance of the race, with the half marathon course in 2016 also found to be almost 150m short. 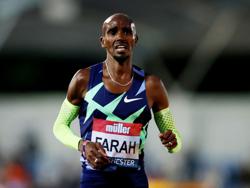