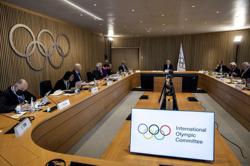 MUNICH (Reuters) - A gold medal for Julian Weber in the men's javelin and a fantastic sprint relay victory for Germany's women brought the European Athletics Championships to a noisy conclusion on Sunday and ensured the host nation finished top of the medal table.

Weber's fourth-round throw of 87.66 metres had the near-50,000 crowd roaring in appreciation as he overhauled Czech Jakub Vadlejch, whose 87.28 earned him the silver.

Britain's men won the 4x100 metres relay to join Germany on six golds and were favourites to win the women's event, only to mess up their first changeover.

That left Germany, world championship bronze medallists behind the United States and Jamaica and with individual European 100m champion Gina Lueckenkemper running the third leg, to come home first ahead of Poland and Italy.

They ended with seven golds and seven silvers to Britain's six of each, though Britain scooped 20 medals in all to Germany's 16.

It was the opposite story in the men's relay.

Britain had won the last three European titles and looked slick again as Nethaneel Mitchell-Blake brought them home well clear to break the 32-year-old championship record with a time of 37.67 seconds, ahead of France and Poland,

Germany had run a national record as the fastest semi-finalists but dropped the baton at the first changeover in the final, while Olympic champions Italy failed to qualify after resting two of their fastest men, including Olympic champion Lamont Marcell Jacobs, in the semis.

There was better news for the Italians in the 10,000 metres as Crippa Yemaneberhan completed an impressive distance double when he reeled in Norway's runaway leader Mezngi Zerei Kbrom to take gold having won the 5,000 earlier in the week

Spain's Mariano Garcia held off the challenge of world 1,500m champion Jake Wightman to win the 800m, while Poland's Pia Skrzyszowska was an impressive winner of the women's 100m hurdles.

In Saturday's action, Femke Bol anchored the Netherlands to the 4x400m title to claim her third gold of the week after her rare double in the 400m and 400m hurdles, while Britain won the men's event.

Luiza Gega, the only Albanian competing at the championships, won the country's first-ever European gold when she took the 3,000m steeplechase at the age of 33.

Briton Keely Hodgkinson finally got to stand on top of the podium after silver medals at the World Championships and Commonwealth Games when she took a commanding victory in the 800m. 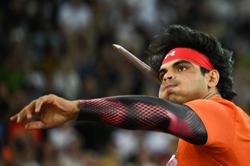