HAMMER thrower Jackie Wong’s campaign ended in disappointment as he finished last in the men’s final at the Alexander Stadium yesterday.

The two-time SEA Games gold medallist threw 61.40m in his first attempt but could not improve on that distance to finish last of the 14 competitors in the final. His third and last attempt was 61.25m.

The mark was a far cry from his SEA Games winning throw of 66.49m and his national record that stands at 68.22m.

At the 2018 Gold Coast Games, Jackie had a better performance as he had recorded 64.35m to finish 14th out of 16 competitors.The event was won by England Nick Miller who recorded a throw of 76.43m to defend his gold won at 2018 Gold Coast.

However, he was unable to break his own Games record of 80.26m set four years ago.

Ethan Katzberg of Canada won silver with 76.36m while the bronze went to Alexandros Poursanidis of Cyprus who hurled the hammer to 73.97m.

Andre Anura Anuar will be the last Malaysian to see action when he competes in the men’s triple jump today. 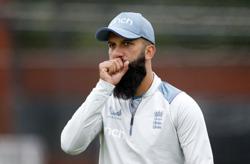 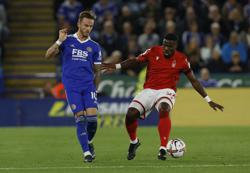