The SEA Games gold medallist from Sarawak wants to enjoy the process of competing rather than putting high expectations on himself.

Jackie holds the national record of 68.22m, which he set in 2019 and believes he is on track to improve on the mark this year.

The 30-year-old, who trains under Gu Yuan, has already posted his season’s best performance of 68.13m at the Malaysian Open in March.

“It’s almost three years since I’ve hit my personal best and the national record. I’m keen to break it again but I also don’t want to stress too much about it,” said Jackie.

“I’ll just go with the flow this time and perhaps this approach may help me to perform better.

“I’m proud to be selected again and will do my best to get into the final.

“Before the SEA Games, I had been training and competing in South Korea. It helped me to get the competitive feel for international games,” said Jackie, who showed he was made of sterner stuff when he overcame a few setbacks to regain his SEA Games title in Vietnam in May.

Jackie almost did not get the chance to compete in Hanoi after his event was cancelled two weeks before the Games due to a lack of competitors.

Fortunately, his event was reinstated later to Jackie’s relief and he went on to deliver gold with a throw of 66.49m.

Jackie also contracted Covid-19 in early 2020 and went through anxious moments last year when he suffered a concussion and had to spent time in hospital after he was hit by a hammer during training.

“I admit that those were tough years for me but thank God, I managed to come back to win a gold medal for Malaysia.

“I’m not in the best condition but I’m on track to regain my form,” said Jackie. 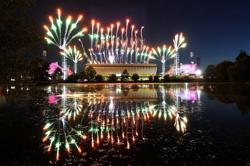 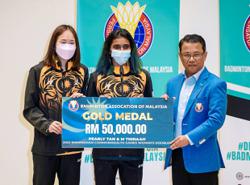