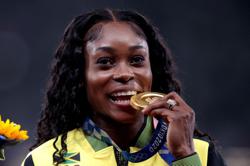 (Reuters) - College student Melissa Jefferson may have stunned with an upset win in Friday's women's 100 metres final, but she's says ready for her next big challenge - competing against Jamaica's dynamic duo next month.

She will be taking on twice double Olympic sprint champion Elaine Thompson-Herah and reigning world champion Shelly-Ann Fraser-Pryce at the world championships, which will be held on the same track where Jefferson just won the U.S. title.

"I have not (run against them) and I'm glad I get the opportunity to," the relatively unknown Jefferson said after blazing a wind-assisted 10.69 seconds to beat favorite Aleia Hobbs in a race missing top U.S. sprinter Sha'Carri Richardson.

Richardson was eliminated in Thursday's preliminaries.

"I'm ready for any challenge and anything that may come my way," Jefferson said.

She has come a long way in a matter of weeks. The Coastal Carolina University sophomore was a mere eighth in the NCAA women's 100 metres final, running 11.24 seconds earlier this month.

But Jefferson, who was so unexpected to win this week that Track & Field News did not consider her a candidate for a top 10 spot in the U.S. championships, believes her fast run on Friday will give her a boost even though the time was wind-assisted.

"Me seeing that 10.69 on the scoreboard was a very surreal moment for me and it gave me a little more confidence," said the collegiate indoor women's 60 metres champion, who had a personal 100 metres best of 10.88 seconds.

"I won't say that I doubt myself a lot but I don't fully grasp what I can accomplish."

But even Jefferson admitted winning on Friday was a shock.

"This is one of the biggest meets of them all and the best of the best. To see my hard work pay off means everything." 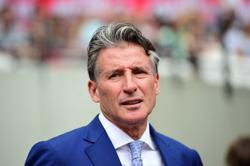 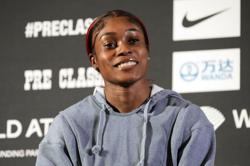