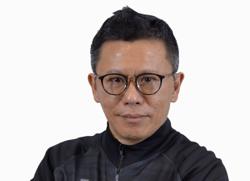 THERE is always light at the end of the tunnel. And with that in mind, perhaps, it is time for Youth and Sports Minister Datuk Seri Ahmad Faizal Azumu to find ways to get the corporate sector to chip in with financial aid to ease the government’s burden in supporting full-time athletes.

The ministry has come under fire after wielding the axe on top athletes under the Podium Programme due to a massive budget cut.

It is understandable that the government are forced to spend less on sports as the focus lies on rebuilding the economy and lessen the impact felt by the rakyat due to the Covid-19 lockdown.

The National Sports Council (NSC) announced recently that they will reduce the number of athletes under their full time programme to 288 from 432 due to lack of resources.

This comes after the government did not allocate money to able bodied sports under the 2022 budget but put aside more for eSports, sports lifestyle and construction of sports facilities.

Under tight financial constraints, the government through the Youth and Sports Ministry should reach out to some of the companies who have made handsome profits from the Covid-19 situation to sponsor national sports bodies.

A case in point is BP Healthcare who has come forward to sponsor the Badminton Association of Malaysia (BAM).

Perhaps the government should re-introduce Rakan Sukan to improve the funding issues faced by Malaysian sports that have been hit hard.

Rakan Sukan was a concept where major corporations were encouraged to adopt a particular sport and provide support for it.

It was introduced in 1994 as part of the government’s initiative to prepare our athletes for the 1998 Kuala Lumpur Commonwealth Games.

I feel it has to be a win-win situation for both sides. For example, a major corporation can sponsor squash and the company gets tax rebates and press mileage. The sport itself gets better support and there will be less burden on the government to provide allocations.

There are many companies out there that do not appear on the radar and there should be initiatives to approach them. And rather than waiting for handouts, the sports bodies also should be doing their own marketing to ride out the current storm.

Some sports bodies have been too dependent on government funding despite having produced world-class athletes.

The sports ecosystem must be able to survive despite the economic uncertainties, otherwise there will be no hope to see champions coming through the ranks.