Athletics-Eugene worlds are massive for our sport, says Coe

LONDON (Reuters) - World Athletics President Sebastian Coe says that next year's world championships in Eugene will be a fantastic opportunity to showcase the sport in a country where it struggles for mainstream audience despite its athletes ruling the roost.

The July 15-24 18th edition of the championships, postponed from 2021 due to COVID, are being held in the United States for the first time, despite the country topping the medal table in 13 of the last 15 events.

Speaking after the conclusion of World Athletics' Council meeting on Thursday, Coe told a news conference: "We don't want to come out of the world championships in Oregon without a very defined footprint for our sport in that country.

"This is a very important market place for us, it's the largest sports market in the world and we need to be there in higher profile.

"The extended relationship with NBC is a huge start in that direction and we need to make sure that these championships, as important as they are to Oregon, are also absorbed on screens and ideally by visiting fans from other parts of the United Sates."

The governing body has long been frustrated by the apparent apathy towards the sport in a country that wins so many world and Olympic medals and where there sometimes seems to be more interest in college cross-country races than elite performances in stadiums around the world.

"We are very excited about it," said WA CEO Jon Ridgeon. "We have great live slots every evening on NBC and the U.S. team should perform spectacularly and I think that alone will really help grow audiences and our fan base in America.

"We are also putting a lot of time into the show and the presentation so that athletics puts its best foot forward in terms of trying to grab the attention of the more generalist sports fan.

"There will be a number of new elements that will hopefully bring spectators in the stadium and those watching on TV closer to the athletes and create some new moments of drama around the competition.

"It's an intimate stadium, ticket sales have gone really well and I think it's going to be a brilliant backdrop for the championships." 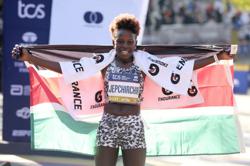 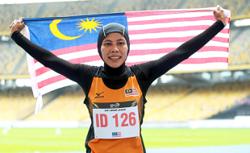