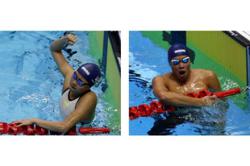 The breakdown of the Malaysian contingent to Tokyo

PETALING JAYA: Twenty one coaches will accompany 30 athletes to the Tokyo Olympic Games.

In a statement released by the Youth and Sports Minister Datuk Seri Reezal Merican Naina Merican on Saturday, he announced that the Malaysian contingent to the Tokyo Games have been finalised to a total number of 63. There are 30 athletes, 21 coaches and 12 officials led by chef de mission Datuk Lee Chong Wei,

For athletics, only a coach has been selected instead of an official to accompany high jumper Lee Hup Wei and women's 100 sprinter Azreen Nabila Alias.

That means, Hup Wei gets to go to Tokyo with his Uzbekistan-born coach Alexsandar Gasparyan, Initially, the Malaysian Athletics Federation (MAF) had named a state secretary to accompany Hup Wei.

Malaysia will have representation in 10 sports disciplines with badminton having the biggest number of qualifiers - a total of eight.

Reezal commended all the Malaysian ambassadors to Tokyo.

"I'm proud of every athlete who has worked hard to qualify despite all the limitations due to the Covid-19 pandemic," said Reezal.

Sailing will be the first team to leave on July 8 and followed by the Malaysian secretariat on July 10.