Shahreem jumps at chance to clash with Andre at Sukma

Healthy competition: Andre and Shahreem (below) will square off at the Malaysia Games next March.

KUALA LUMPUR: One is experienced while the other is a promising star – and together, Andre Anura Anuar and Shahreem Aleimran Abdul Raheem are hoping to become the country’s top long jumpers.

The 21-year-old Andre from Sabah became the first Malaysian to surpass the eight-metre mark with a 8.02m attempt to win a silver medal at the Philippines SEA Games last year.

And the exploit has whetted his appetite for more success.

For a start, he wants to break the Malaysia Games (Sukma) long jump record of 7.55m in Johor Baru next March. The previous mark was set by Perak’s Mohd Hazuan Zainal Abidin at the Sabah Games in 2002.

“My goal is to improve on my personal best by 20 centimetres and along the way, break the Sukma record, ” said Andre, who was second best at the 2018 Sukma in Ipoh.

His other targets include qualifying for the Tokyo Olympic Games and going one step better at the Hanoi SEA Games next year. 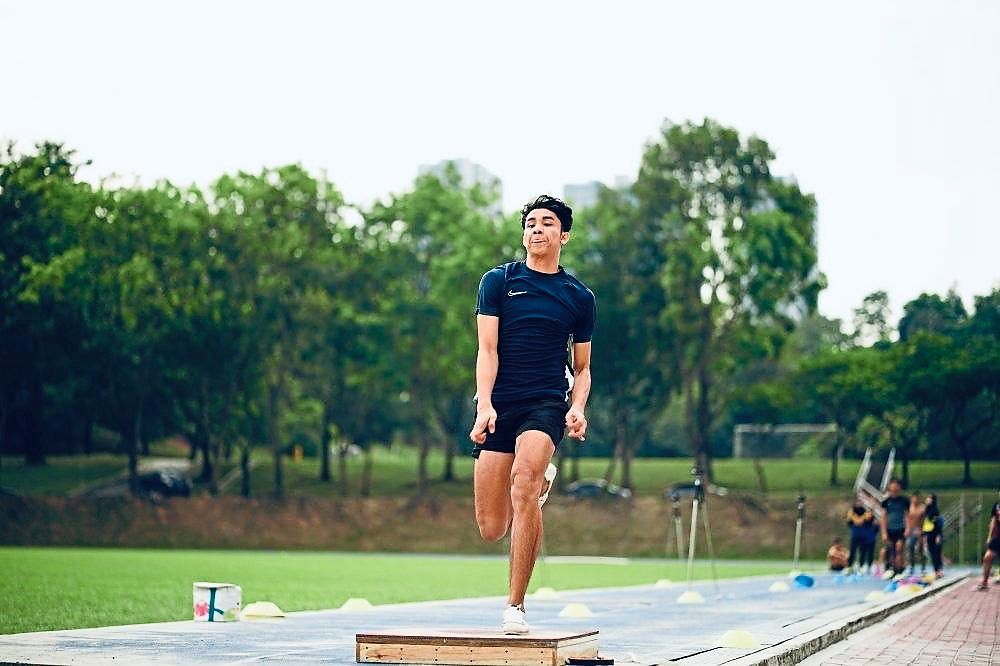 “I will keep pushing myself, ” added Andre, who is pursuing a degree in mass communication at Universiti Putra Malaysia.

“I’ll get a chance to compete against him in Sukma next year and I hope to leap to a personal best, ” said Shahreem, who trains under coach Hisham Mustaza.

Hisham believes Shahreem has great potential after surprising everyone with a gold medal following his personal best of 7.09m at the Perak All-Comers in Ipoh this year before Covid-19 stopped all activities in March.

In fact, Hisham sees Shahreem as the next athlete to clear the eight-metre mark based on the youngster’s progress since he was 15.

“I’ve coached him for three years and I only see progress. I’m optimistic that he will do what Andre has done, ” said Hisham.

Shahreem leapt to 6.89m to equal the boys’ Under-15 National Schools (MSSM) in Shah Alam in 2018 and despite carrying an ankle injury last year, he still managed 7.06m to win gold in the Selangor Schools States meet in Shah Alam.