(Reuters) - The world athletics championships have been moved back 11 months to July 2022 to avoid clashing with the Tokyo Olympics, which was also postponed due to the coronavirus outbreak, the sport's governing body said Wednesday.

World Athletics confirmed in a statement https://www.worldathletics.org/competitions/world-athletics-championships/news/dates-world-championships-oregon-2022 that the event, which is usually held every two years, would now take place from July 15-24 in 2022 in Eugene, Oregon.

The original dates of Aug. 6-15 2021 would have clashed with the Tokyo Olympics, which was last month postponed by a year from the original July-August 2020 schedule.

The new dates for the worlds were chosen to avoid clashing with the 2022 Commonwealth Games in Birmingham, England, from July 27 to Aug. 7, and the European Athletics Championships in Munich, from Aug 15 to 21.

World Athletics said these dates would enable athletes to compete in all three events, where eligible.

"The new schedule will prevent a direct conflict between any of these major events and, with careful programming, will ensure athletes can compete in up to three world-class competitions," said World Athletics in a statement.

World Athletics president Sebastian Coe said that having the three events run consecutively over the course of a single summer would be "a bonanza for athletics fans around the world".

"They will be treated to six weeks of absolutely first-class athletics," said Coe.

"We would not have chosen to have three major championships back-to-back but it will give us a unique opportunity to promote our sport and its stars around the globe over a six-week period."

The previous world championships were held in Doha last year and the 2023 edition will take place in Budapest.

European Athletics said in a statement that the new dates had its "full support".

It added that this year's European athletics championships, due to be staged in Paris in late August, were "currently under evaluation."

The local organising committee has been asked to carry out a feasibility study of the event "with input from the relevant national authority bodies, due to the ongoing coronavirus pandemic", it said. 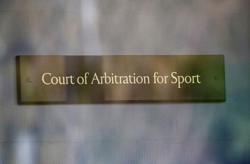 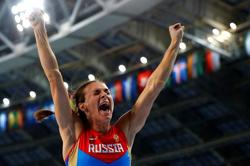