KUALA LUMPUR: Youngster Ruslem Zikry Putra (pic) was trying furiously to bounce bank after he failed in his mission to break the 15-year-old national record in the 400m hurdles at the SEA Games. And he’s paying the price.

He suffered a hamstring injury in January and was left limping. He recovered last month but, no thanks to the movement control order due to the Covid-19 pandemic, he has been unable to train.

“I wanted to break the national record this year but I suffered the hamstring injury on my left thigh. Now, I am at my village in Pengkalan Setar in Terengganu since I injured myself, ” said Ruslem.

He said that he has been doing light training at home to slowly build his stamina. “I am also building my muscles by doing some weight workouts and will continue to do so until the MCO is over.”

Ruslem, who trains under coach Mohd Poad Mohd Kassim at the Tunku Mahkota Ismail Sports School (SSTMI) in Johor, said his goal has always been to break the national record of 51.28 set by Mohd Shahadan Jamaluddin 15 years ago in the Manila SEA Games.

“Shahadan is my idol as he was the top 400m hurdler in Malaysia and he was also the last Malaysian to win a gold medal in the SEA Games.

“After he retired, no other Malaysian has even won a medal in the 400m hurdles event in the SEA Games, ” said Ruslem.

“I hope to return to SSTMI next month to continue my training under coach Poad with the hope of further improving my personal best in competitions later this year, ” he said

Ruslem said his performances were inconsistent last year but he still believes he can break the national record next year.

“My biggest challenge next year is to qualify on merit for the SEA Games in Hanoi (scheduled for Nov 21 to Dec 2).

“It is going to be a tough task beating the qualifying mark of 50.81 (which is the silver medal mark of the last Games), ” said Ruslem.

The 20-year-old, who took up the 400m hurdles event just three years ago, clocked 52.56 to finish a poor seventh at the last SEA Games in the Philippines.

However, he has a personal best of 51.91, which he did in the India Open Athletics Championships when he finished sixth in Ranchi, India, last September. 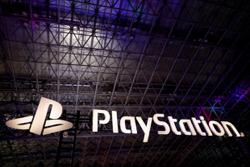