KUALA LUMPUR: Malaysia’s performance in track and field will not be affected by the axing of sprinter S. Komalam Shally from the SEA Games squad.

The Perak-born athlete has been withdrawn from the women’s 200m and 4x100m for indiscipline.

Komalam was a member of the 4x100m quartet who broke the national record by clocking 45.19 seconds at the Asian Championships in Bhubaneswar, India, last month. The other runners were Zaidatul Husniah Zulkifli, Siti Fatima Mohamed and Nurul Faizah Asma Mazlan.

No one has been called up to replace Komalam in the 200m while Azreen Nabila Alias will take her place in the 4x100m.

National No. 1 sprinter Zaidatul will feature in the 100m and 200m while Siti will compete in the 100m.

Malaysian chef de mission Datuk Marina Chin, who met the track and field athletes at the National Sports Council (NSC) Training Track in Bukit Jalil yesterday, warned that she would not tolerate indiscipline.

“This is a message to other athletes that they need to be disciplined at all time,” said the former track queen.

Marina said that she was pleased with the performance of the track and field athletes in competitions this year.

“They have done well and I’m confident they will do much better than at the Singapore SEA Games two years ago,” she said.

In Singapore, Malaysia returned with just three of the 46 golds at stake in athletics.

The Malaysian Athletics Federa-tion (MAF) have set a six-gold target for the KL Games. 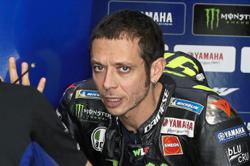 Athletes must learn to adapt with control order rulings to succeed 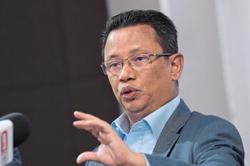