The Jamaican Anti-Doping Commission(JADCO) claimed the 28-year-old, part of the team that came third at the 2011 World Championships in Daegu, had failed or evaded to submit a sample requested by a collection officer in April 2016.

After a three-day hearing, the three-member panel ruled that JADCO had "not discharged its burden proving that Riker Hylton committed a doping violation under article 2.3 of the JADCO rules, 2015 to the comfortable satisfaction of the panel."

Hylton's representative Emir Crowne said he and his client were "grateful for the ruling".

"As you can imagine these proceedings weighed quite heavily on the athlete and he’s relieved to have this matter put to rest, especially as the eyes of the world will be on Jamaica and Jamaican athletes for the current IAAF World Championships," he said.

"At the end of the day the panel was not comfortably satisfied that Mr Hylton was in fact notified (by JADCO),” he added.

This is the second high-profile ruling to go against JADCO in recent times.

In June, Commonwealth 400m hurdles champion Kaliese Spencer was also cleared by the Independent Anti-doping Disciplinary Panel of charges she had refused to provide a sample for testing.

That panel ruled it was "not persuaded by the standard of evidence provided" by JADCO, which had accused her of committing the offence in April 2016, the same time as Hylton. 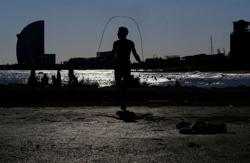