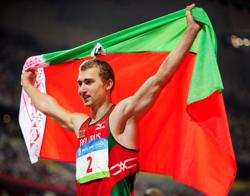 KUALA LUMPUR: Help is on the way for Malaysian athletes preparing for the 2017 Kuala Lumpur SEA Games.

The Malaysian Athletics Federation (MAF) have hired two top coaches, one each from Jamaica and Kenya. They’re expected to be here by the end of this year.

Leo Almando Brown of Jamaica is an experienced sprint and hurdles coach. He has trained top class athletes in Jamaica and also coached in the Caribbean Islands, Canada, Mexico, North America and European countries.

Kenya’s Samuel Kipsang Rono comes with good credentials. He is a middle and long distance running coach, who has been training the Kenyan national athletes since the 1996 Atlanta Olympics Games. The MAF had to look for top-class coaches following the athletics squad’s miserable outing at the Singapore SEA Games in June.

Forty-six gold medals were up for grabs in track and field events in Singapore, but Malaysia only returned with three golds, two silvers and nine bronzes.

It was Malaysia’s worst-ever performance in the history of the Games.

“We used to dominate the middle and long distance events in the SEA Games, but today we’re struggling to even get on the podium,” said MAF president Datuk Karim Ibrahim.

“The Youth and Sports Minister, Khairy Jamaluddin, has said that athletics is the core sports and he wants the track and field athletes to deliver at the 2017 Games. I have signed the “aku janji” (I pledged) with the Minister.”

Karim added they have identified 57 athletes – 24 men and 23 women – for the KL SEA Games programme. 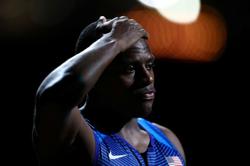