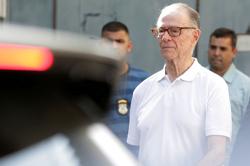 PETALING JAYA: Diver Cheong Jun Hoong rejoiced with a silver splash in Rio de Janeiro five years ago but her third Olympics outing ended in tears after an early exit in Tokyo.

Jun Hoong, who partnered Pandelela Rinong to silver in the women’s 10m platform synchro in Rio, paid the price for two poor opening dives, which saw her getting low scores of 36.00 and 34.80 respectively in the women’s individual 10m platform competition at the Tokyo Aquatics Centre yesterday.

Jun Hoong ended 26th with 251.80 points at the end of the five-dive preliminary competition to miss out on the top-18 that would have guaranteed her a place in the semi-finals together with Pandelela Rinong today.

A teary eyed Jun Hoong said it was just not her day.

“I tried my best but could not reach the semi-finals,” said Jun Hoong.

“I really wanted to do well for my coach (Yang Zhuliang). I have to apologise to him as he did so much for me.

“Honestly, I came here to enjoy the competition and do my best,” said Jun Hoong, who expressed her gratitude to the former national head coach Zhuliang who had helped her to qualify for a third straight Olympics in Tokyo.

The 2017 world champion platform diver was only competing for the second time in nearly three years after undergoing knee operations.

“Both of us endured difficulties over the last 18 months because of Covid-19. There were other factors too, so I know he wanted me to achieve something,” she added. 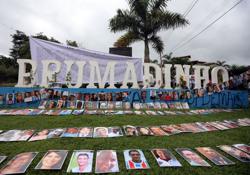