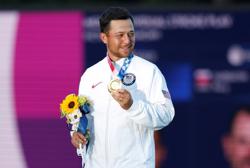 Rolex Player of the Year Sei-Young Kim of South Korea will certainly be one of the stars to watch on the LPGA Tour this season.

WITH the LPGA Tour season officially underway, the focus has shifted to the Gainbridge LPGA Tournament in Orlando, Florida.

This will be the first event after the season-opening Diamond Resorts Tournament of Champions presented by IOA Lake Buena Vista in Florida a fortnight ago.

At that showdown, Jessica Korda triumphed in a playoff over Danielle Kang, while her younger sister Nelly finished third and In Gee Chun fourth.

The top-two were 24-under in regulation, while Nelly Korda was two strokes back and Gee Chun another shot adrift. Angela Stanford and Cheyenne Knight were joint fifth eight strokes off the top.

At the US$2mil Gainbridge tournament from Feb 25 to 28, Madelene Sagstrom is expected to defend her title. And with a full field on the course, things should really get interesting.

From March 4 to 7, the LPGA will play the inaugural Drive On Championship presented by Volvik at Golden Ocala in Florida.

This will be followed soon thereafter by the Kia Classic in Carlsbad, California from March 25 to 28, where Japan’s Nasa Hataoka will be the defending champion.

The Kia Classic will be the last tournament before the women’s first Major of the season, the US$3,1mil ANA Inspiration on the Dinah Shore Tournament Course at Mission Hills Country Club in Rancho Mirage in California from April 1 to 4.

Four-time LPGA Tour winner Mirim Lee will be keen on defending her crown at Mission Hills, where she triumphed in a playoff over Brooke Henderson and Nelly Korda last season. They were tied at the top and all finished on 15-under 273 in regulation.

Two of the other four LPGA Majors this season will be featured in the same month. The US Women’s Open will be staged at Olympic Club in San Francisco, California from June 3 to 6 and the KPMG Women’s PGA Championship held at Atlanta Athletic Club in Johns Creek, Georgia, US from June 24 to 27.

The LPGA’s fourth Major will be the Amundi Evian Championship at Evian Resort Golf Club in Evian-les-Bains, France from July 22 to 25, while the AIG Women’s British Open will be played at Carnoustie Golf Links in Carnoustie, Scotland from Aug 19 to 22. 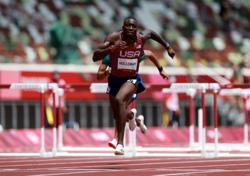 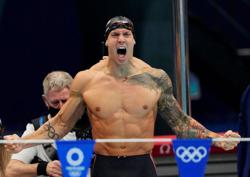