“May I take your orders?” the young waitress asks for the second time. I let my eyes superficially dart around the menu yet again, apologize and ask to give us another five minutes.

It is not very often that I get a little too caught up in conversation to think about having dinner at all.

I've been expecting to treat the evening as impartially as possible, as appointments that arise from monetary transactions seemingly hint at. But he was courteous enough to get the transaction out of the way before we even stepped out of the car, so I no longer have an excuse to stay formal.

“The soup here is always a safe choice,” he suggests.

I peer over my menu and nod in consideration. The sight of him sitting in front of me is strange to register, and it is not because of the random gray streaks that now compliment his dirty blonde hair, nor the tattoo now blazing down his arm.

It has been six years since our relationship came to its dramatic end. I felt so hurt about it that I made it as public as I could. It was the talk of the town for a while. I sought counselling, lost weight, and almost lost my job. Thankfully, moving on felt like less and less of an obligation as the months went by. When I heard that he got married a year later, I took it a lot better than I thought I would. But I also knew that I never intended to see him again. Even if it meant heavily considering writing off an old issue about a shared account that returned to haunt me in the form of a scary-sounding legal letter.

Hence the strange moment, sitting in front of him, taking his word about good soup.

We catch up on each other's exploits. He both seems a little less frenetic, a little more grown-up. We seem to be excelling in our respective fields of work. Then as unexpectedly as a step that your legs do not anticipate, he slips in an apology. I am quick to apologize too. He tells me I shouldn't. I say I should. He insists it's all him. We stay silent, looking everywhere except at each other.

“I have been meaning to say sorry to you for the longest time,” he says after a while. “But it was out of being selfish. My friends told me to wait until I heard from you. So I want to thank you for giving me the opportunity. Really. It means a lot.”

I smile, and nod. It means a lot for me too. And for the first time in six years, we open that box that we both sealed shut and put away a long time ago.

We talk about how things started going bad and how things got out of hand. There is no more altercation or accusation, just a clean acknowledgment of how it went down. Other bits and bobs slowly resurface - memories that I had buried so deep because of the devastation that I last associated the relationship with. I slowly remember that at one point in my life, things were actually pretty peachy with this person, and the fact that I am now sharing a good laugh with him is astounding me.

The night ends as how most nights usually end after a dinner out. I get dropped home, I take a shower, brush my teeth and crawl into bed.

But the heart I sleep with is different. It is light, almost buoyant. I never knew I could feel so ready to forgive as much as I was tonight, and it imbues me with hope... Hope for those who have gone through a similar pain as I have, hope for those who cry, who feel bitterness and even hate. I now know that it is only because such people allow themselves to love so fiercely, so as long as they keep their hearts open, and stay willing to learn from hardship, then they are destined to make so much sense out of it.

The next day starts as how most days usually start. I stretch, drink a glass of water, and prepare to find out, through lows and highs, by chance or otherwise, what else life could be all about. 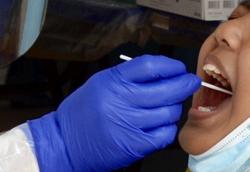 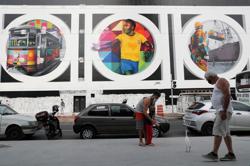