Choking at the wrong time!

Losing the plot? Arsene Wenger will need to do something if he wants to win the title

“Capello, if (Arsene) Wenger is sacked, can you take over his position and manage Arsenal next season?”

One cheeky kid had the guts to ask this question to one of the most reputable coaches in the world. Russia’s coach Fabio Capello smiled and shrugged it off but the kid knew exactly what he was asking.

The 67-year-old Italian attended for the Laureus All Stars Unity Cup match at the Royal Selangor Club and in that event, I met other football legends that played in that match.

During that event, I asked former Chelsea defender Paulo Ferreira if Arsenal is in the Premier League title race and he said,

“No, I don’t think so. Chelsea, Manchester City and Liverpool are in the race for the title,” he capped it off by giving a wry smile.

Two former legends that I spoke to, Michael Laudrup and Steve McManaman also said that the title favourites are Manchester City, Chelsea and Liverpool. None of them said Arsenal!

Few weeks ago, analyst and experts said Arsenal are in the title race. However, after the draw against Swansea last Wednesday, Wenger conceded that their title hopes are fading.

However, in a pre-match press conference yesterday, Wenger made it clear that he is now focused on closing the six-point gap - to leaders Chelsea - in the remaining seven games.

Wenger was also asked about criticism from former Manchester United midfielder Paul Scholes, who this week said Arsenal are "a million miles away" from winning the title.

"If six points is a million miles away...I don't know what the translation of a mile into a point is. People who have managed zero games have opinions and we have to accept that,” said Wenger.

We’re mathematically still in the title race but the momentum of the top three teams are strong and they will go all out to bag the coveted title. It’s refreshing to see Liverpool in the title race. They truly deserve it and Brendan Rodgers has done a great job with his charges.

Okay, Liverpool aside, I’m here to talk about the Gunners. I've supported them since I was seven and for 16 years, I've seen the ups and downs of Wenger’s side.

From the Invincibles to the Carling Cup tragedy, I've seen it all! Being an Arsenal is like being in a roller coaster!

I remembered my column August 24 last year and I said, “Within hours of the new season, Arsenal were firmly established as a club in crisis. A humiliating defeat to Aston Villa allied to a failure to make any big signings got everyone's blood boiling.

Fast forward nine months later, Arsenal are now placed fourth in the league while Spurs with their array of talented signings are fighting for a Champions League spot.

I was hoping Arsenal could break their title duck but now I’m only hoping for a third place finish. What has gone wrong for Arsenal? Are they mentally strong enough? Do they have the right players in each position? Is Wenger getting his tactics right?

Lots of questions needs to be answered but here is my opinion on why Arsenal is choking at this point of season.

Injuries to Aaron Ramsey, Jack Wilshere, Theo Walcott, Mesut Ozil and Nacho Monreal have hampered the team’s depth and now we have lost Laurent Koscielny to a calf injury.

These players are key for Arsenal and the lost of Ramsey and Walcott is certainly felt as they have been impressive in front of goal this season. Ramsey was touted to come back against Tottenham Hotspur two weeks ago but injury recurrence delayed his return.

This week, he is expected to return against Manchester City and it will surely add more depth to the midfield and hopefully, boost the players morale.

At times, you can also question Wenger’s tactics. Against Chelsea, I felt he got it all wrong. With due respect, It’s amazing to garner more than 1000 games in your belt but on that occasion, he looked like a debutant who got it all wrong.

Firstly, putting Alex Oxlade-Chamberlain together with Mikel Arteta against a counter-attacking team like Chelsea - A big no-no! Mathieu Flamini should have been partnered with either Chamberlain or Arteta as he is able to break plays with ease.

Flamini came in the second-half and even though we were down with 10 men, I thought Wenger should have beefed up the midfield and try to contain Chelsea’s midfielders who had a terrific game that day.

Instead, Wenger decided to add more defenders by adding Carl Jenkinson on the right hand side of defence. We conceded two more goals in that half when we should have tried to score a goal to raise the player’s morale.

During the January transfer window, we should have added another striker to complement Olivier Giroud. Lukas Podolski is beginning to get games but Wenger loves to put him on the left and it has worked for the side and Podolski himself. 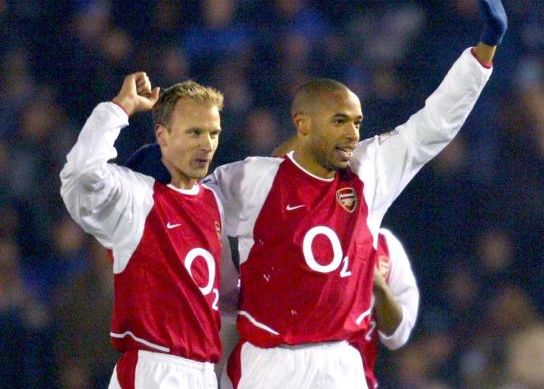 We really miss the duo. One of the best strike partnerships in Arsenal.

We're are relying on Giroud far too much and at times, Giroud does the ‘Heskey’ job. His job is to score goals not hold the play and assist midfielders all the time.

Arsenal should have signed a striker and bolstered their attack. Nevertheless, we can’t do anything right now. Arsenal must rely with their current players and make sure they churn out consistent performances in the next seven games.

I’m not confident Arsenal will win the title but inside my heart, I wish Wenger can do a make miracle and teams in the title race will start to falter in the upcoming games. Too much to ask but as a fan, this is the only thing I can hope.

However, they stand a good chance to win the FA Cup and the players will have to go all out in their semi-final against Wigan Athletic.

Ohh yes, the kid also said this to Capello,

“Capello, make sure you select (Andrei) Arshavin and play him this World Cup. He will bring you to the second round!”

As a fan, I wished such a thing could have happened!