It may seem odd to support Sweden but their work-rate and determination keeps me hooked.

MANY people have asked me this question - why on earth do you support Sweden during the World Cup or European Championship?

Not to worry, my allegiance with Harimau Malaya is still there - If Sweden were to face us, my support will be for Malaysia.

The reason why I support Sweden is because I fell in love with the 1994 World Cup squad who finished third in the championship.

Martin Dahlin, Henrik Larsson, Thomas Ravelli and Tomas Brolin featured for that side and they were phenomenal. Before that, they qualified for the Euro 1992 semi-final, a tournament won by another Scandinavian country Denmark under romantic circumstances.

Dahlin was pivotal in attack, Larsson impressed whenever he came on as a substitute, Ravelli was a giant presence in goal and Brolin’s performances earned him a place in the ‘World Cup All-Star Team’. 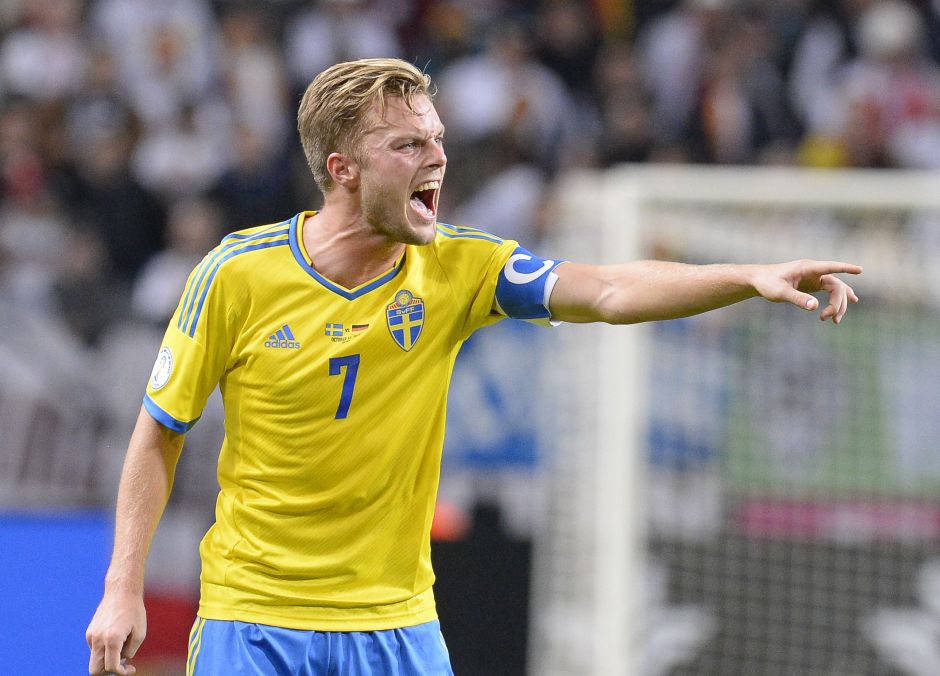 Watching those highlights on television, I immediately fell in love with that side. In Euro 2000, they had players like Frederik Ljungberg, Niclas Alexandersson and Olof Mellberg coming up but they didn’t fare as well as in Euro 1992 or World Cup 1994.

Sweden doesn't have much media coverage compared to other teams such as Brazil, Netherlands, Spain and Argentina but the team is known for their tactical brilliance and work-rate.

They have always had individuals who can be match winners. In the early 90s, Dahlin and Brolin were match winners, then it was Larsson and now, it’s the mercurial forward, Zlatan Ibrahimovic.

Way back in the 1950s, a different generation of Swedish stars like  Gunnar Gren, Gunnar Nordahl and Nils Liedholm were standout players in Italy's Serie A and Gren and Liedholm also helped propel Sweden to the 1958 World Cup final.

Because of that, I fell in love with the Scandinavian side (And with the ladies too!). This year, the side manager by former Rosenborg manager Erik Hamren has yet to qualify for the World Cup as they have to face Portugal in the play-offs.

Having finished second in their group behind Germany for the World Cup qualifiers, they have an arduous task ahead next month.

The two-legged playoffs which will be played on Nov 15 and 19 will see another four more European teams qualifying for the World Cup. Nine teams have already qualified and Bosnia and Herzegovina were the surprise qualifiers.

Sweden will need to be on their toes against Portugal who will be led by Cristiano Ronaldo. They will also have the likes of Joao Moutinho, Nani and Hugo Almeida who can be match winners on their day.

So, do the Swedes have what it takes to win this tie and book a ticket to Brazil? Many will be saying that Portugal are the favourites but as a fan, I’m rooting for a Sweden win!

Many say Sweden is an one man team thanks to Ibrahimovic but it’s more than Ibrahimovic! Most of their players are not as illustrious as Ibra but when it comes to national duty, these players perform.

Players like Andreas Granqvist, Sebastien Larsson, Kim Kallstrom and Johan Elmander will want to play a major tournament in their career while veteran midfielder Andreas Svensson will want to end his career by samba-ing his way to the World Cup.

Andreas Isaksson is the main man behind goal and will look set to keep that position for the next few years. The former Manchester City goalkeeper can be calm and assured when on-form but can be eccentric at times. He can’t do a ‘Rui Patricio’ (the keeper who conceded a fluke goal against Israel in the qualifiers) against Portugal though!

Elsewhere Granqvist and West Brom’s Jonas Olsson are a formidable presence in defense, Kallstrom and Larsson will marshall the midfield and Anders Svensson is capable of being a super-sub.

The forward line will be led by Ibrahimovic and I’m hoping to see him repeat his four-goal performance against Anderlecht in the UEFA Champions League.

He will be partnered with either Norwich’s Johan Elmander or PSV’s Ola Toivonen for the two-legged tie but those two will be tasked to provide ammunition for the big Swede.

It’s the match for the play-offs and I’m just hoping that the Swedes will trounce the Portuguese side! Heja Sverige!