Glory days of the past

By T.AVINESHWARAN
TWO weeks ago, our young Tigers showed they were one of the best young Southeast Asian sides by winning the 2013 Pestabola Merdeka.

Led by Ong Kim Swee, the youngsters won all of their matches in the tournament and in the final, goals from Rozaimi Abdul Rahman and Junior Eldstal were enough to sink Myanmar.

You may be thinking, why am I talking about Pestabola Merdeka when the tournament was over two weeks ago?

Once upon a time, this was a prestigious tournament which saw teams like South Korea, Ghana, Czechoslovakia (which has since been separated to Czech Republic and Slovakia) Sao Paulo from Brazil and Morocco take part.

However, for the last 20 years, the tournament has lost its lustre. From 1957-1988, it used to be an annual event with teams from various countries participating.

However, after 1989, the tournament has been held sporadically and teams participating in it were mostly U-23s. 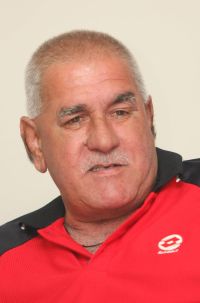 Having played the tournament in the 70s and 80s, Santokh was known for his partnership with Soh Chin Aun in defense. They were impenetrable at times.

According to Santokh, 61, the standard of the competition those days was strong.

“Most of the nations playing in Pestabola Merdeka during my time were all first-choice squads.

“The quality of competition was good and teams playing in the tournament fought very hard to win the coveted trophy,”

But the legendary centre-back added, “Nowadays, teams participating in the tournament are the second stringers. Some even send their third stringers!

“These are not core national sides. The standard has decreased for the past few years,” said Santokh.

When asked about Harimau Muda’s performance during the tournament, he said the youngsters did well but they have got another task in hand.

“Lets see if they can win the SEA games again. If they do so, I would say they are a good side,” adding that the current Harimau Muda squad should be kept together in order for them to grow as better players.

Remember Lipas Kudung? No, not a roach but a player able to wiggle his way through defences with ease.

Sabahan and energetic winger Hassan Sani will always be remembered for that pass that led Malaysia to the 1980 Olympics.

Ever humble and friendly, the 55-year-old was a menace during his time with the national side. His combination with another Sabahan James Wong will always be remembered.

According to Hassan, those days Pestabola Merdeka used to have lots of teams.

“We will always do well in this tournament. Teams used to fear us and most of the sides were top notch teams,” adding that the national players were always pumped up whenever the tournament comes.

Though the tournament has seen only U-23 sides taking part for the past few years, Hassan said youngsters will get good exposure from the tournament.

“These gives our youngsters some exposure in the international stage.

“You should remember, these players will be the ones to replace the senior squad in the near future,” he said.

He also reminisced his days as a youngster while watching the young lads from Harimau Muda winning the trophy two weeks ago.

“When I was in Sabah, I always wanted to play for Malaysia.

“I always dreamt of playing with the likes of Mokhtar (Dahari), Santokh and (Soh) Chin Aun,” adding that the youngsters are showing much better spirit than the senior squad.