Philip Seymour Hoffman died on Sunday. As is often the case with these things, he is gone too soon. As is often the case, these things follow a certain pattern. There is first grief, or outrage. Then the venting of both, or either, via mouth or keyboard. Then the backlash – why should you care so much for this person you did not know, who did not know you? Are there not other people, other causes that demand your attention? And round and round we go.

People die every day. Hundreds of people. Thousands. There are disasters great and small, reported and unreported. You mourn the one, not the multitude. Neither heart nor head is big enough to do the latter; it’s not dispassion, it’s a survival mechanism. Down that path lies Mother Teresa, or catatonia.

Hoffman was brilliant at what he did. He lived on our screens and in our heads for years, flitting from role to role with keen, unexpected grace. His was a tiny deftness, a rapier sheathed in a cane. So sturdy, so sharp. It is impossible not to think of his poor family. It is impossible to quell these horribly selfish notions of having been cheated, somehow, of having lost the chance to witness greatness refined and extrapolated. Surely our addiction to his talents meant we were owed more than seeing him succumb to addiction.

These illusions of intimacy are even worse for journalists. Walk into a newsroom and ask someone for tales of interviews gone awry, of encounters with personalities of varying wattage. These stories will mostly be funny. They will mostly be true. And they will mostly be utterly inconsequential to the people about whom you are hearing, the people who view the steady orbit of tape recorders and cameras as a symbiosis that too often lurches towards the parasitic.

Even the most cynical, however, will agree that this was a tragic and senseless loss. So was that of Paul Walker or Amy Winehouse or James Gandolfini or anyone cursed with too short a span. They were each of them artists, and they meant different things to different people, but they all made us feel something. It was a gift that pierced clothing and armour and skin; we hardly knew them, but we knew we loved them.

So if you’re grieving, grieve. If something is missing from your life because someone is missing from it, talk about it. If someone is close to falling down the same hole as Hoffman, talk to them. Don’t let anyone tell you how much you should or shouldn’t care. It is not necessarily a bad thing if the vessels for our escapism occasionally run aground in reality. These intimacies may be unearned, they may often be bigger in the tesseract that is our hearts than they are in life, but that does not make them any less true. 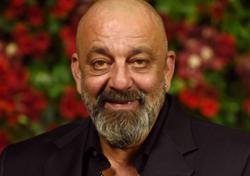