TN50: Building the economy of tomorrow 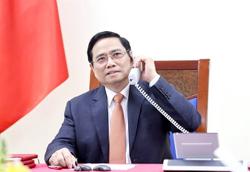 The entire country is captivated by the discourse on the 2050 National Transformation (TN50) initiative. There is a palpable feeling of excitement over the deliberations on where we see our country in the year 2050.

TN50 was announced by the Prime Minister in his 2017 Budget address in Parliament. It was billed as the next step in the nation's social, political and economic development.

However, unlike Vision 2020 which was a top-down initiative; TN50 is a bottoms-up effort spearheaded by the Youth and Sports Ministry headed by the indefatigable Khairy Jamaluddin.

Khairy has organised numerous town-hall like sessions around the country to garner the views of Malaysians, especially the youth, on what TN50 means to them and how they see Malaysia in 2050.

The ideas have been lofty, as all ideas should be, but there have also been many practical suggestions on how to generate more wealth and prosperity, engender a truly world class education system and nurture a united Malaysian nation that is both sustainable yet durable enough to accommodate the many polarities in our society.

A couple of weeks ago, I read a news article on Singapore's efforts to envision and plan for the future. The Singaporean government revealed how it plans to do it in the face of a slowing economy and political disarray in Europe and the United States. A 30-member committee worked for a year to produce a series of proposals on how Singapore can thrive in this uncertain future. The report highlights seven key sectors that will help Singapore maintain its momentum and the sectors are: finance, hub services, logistics, urban solutions, healthcare, the digital economy, and advanced manufacturing.

I concede that Singapore's and Malaysia's approach to our economic future will be dissimilar but there are lessons to be learnt from one another and there must be concerted efforts to forge parallel approaches as for one to prosper so must the other as the world becomes smaller due to globalisation.

Malaysia must plan and prepare for the future. In a report in the Economist Magazine in 2012, there was a special on the Third Industrial Revolution predicated on a book by Jeremy Rifkin and I quote:

"The first industrial revolution began in Britain in the late 18th century, with the mechanisation of the textile industry. Tasks previously done laboriously by hand in hundreds of weavers' cottages were brought together in a single cotton mill, and the factory was born. The second industrial revolution came in the early 20th century, when Henry Ford mastered the moving assembly line and ushered in the age of mass production. The first two industrial revolutions made people richer and more urban. Now a third revolution is under way. Manufacturing is going digital and … this could change not just business, but much else besides."

Technological disruption has supplanted many jobs that were previously labour intensive, especially manufacturing, leading to a decline of manufacturing jobs in the United States and Europe and economics has also forced companies to move whatever labour intensive production lines that are left to Asia and South America where it is cheaper.

Failure to prepare for this and ensure there are enough "new jobs" to replace "old jobs" that have been subsumed by technological disruption and automation has resulted in economic malaise and social and political unease in developed economies. People find themselves left behind in this big spurt of technology and realise they are unlikely to enjoy the comfortable lives their parents had.

A recent survey by the World Economic Forum identified that Millennials (those born the in 1980s and 1990s) in the United States of America are paid between 20-30 % of the national median income. In other words, Millennials are no longer enjoying the prosperity of their parents' generation.

Malaysia must avoid a similar quagmire and the need to ensure we do so is even more pressing given the complexities in our society.

TN50 must include a plan for the economy of tomorrow.

First, we must build on our inherent strengths. Our diversity, location as the crossroads of Asia, good infrastructure, political and social stability and highly educated population must be leveraged upon.

However, we must embrace English as it remains the language of business and commerce. There must also be greater emphasis on vocational education as not everyone is going to be a professional.

Second, in building the economy of tomorrow we must develop local industry. Commodities, especially palm oil is our greatest asset, and the largest positive trade balance meaning our exports far outstrip our imports. We must move down the value chain and strengthen our position as a pre-eminent producer of palm oil and its derivatives similar to how Saudi Arabia is with petro-chemicals or Germany is with machineries. We must build on what we are good at and not seek to emulate what others are good at.

Third, we must promote a culture of innovation and curiosity. MaGIC is an example of a government agency that has pushed Malaysia to the forefront on innovation by inviting innovators from around the world to incubate their products in Malaysia. However, we still lag behind Singapore, Japan and South Korea on the number of patents registered. For example, we should be looking at self-driving cars or how robots will revolutionise the workspace as they are already being seriously considered in other countries.

Fourth, we must develop our services industry that is a mainstay of our economy by embracing technology and digitalisation. As broadband penetration increases, the Internet of Things will enable industry to do more with less, and also allow more value-added services to be performed by manufacturing companies. Pervasive connectivity and autonomous technologies will enable new urban mobility solutions. This will in turn create smart communities.

Fifth, it is time for mechanisation in manufacturing. Advance manufacturing is the way to go and this will be the least painful process for Malaysians as most jobs in the manufacturing industry are undertaken by foreign workers. Small and medium-sized Malaysian enterprises must move up the value chain and produce quality products underpinned by world class research and development.

I do hope we will all constructively contribute to the discussion on TN50 as it is our future we are talking about.