Economic inequality and the Malaysian experience 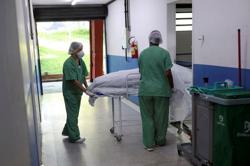 The global economy is currently undergoing a steady stream of headwinds. The fall in the price of oil, a slowdown of the Chinese economy, the migrant crisis in Europe, the political turmoil in Ukraine and the Middle East coupled with money being removed from emerging markets, all this present a complex set of challenges to policymakers.

Many economists, bankers and businessmen that I spoke to felt that this would be a tough year for Malaysia as they expect a serious economic slowdown.

Malaysia is not insulated from what is happening globally and we have been especially hit hard by the slowdown in the Chinese economy as China is our largest trading partner and the drop in oil prices.

Some commentators have been drawing parallels to the 1997/1998 Asian Financial Crisis and the effects it has had on Malaysia. I think this is a thoroughly inaccurate description of the current economic challenges we face.

Prime Minister Datuk Seri Najib Tun Razak, who is also Finance Minister, made a clear and unambiguous comparison of the challenges we face now and those we faced in 1997/1998 in his speech on the budget revision.

Najib had this to say, “In 1997/1998, the country experienced an economic recession with GDP recording a negative growth of 7.4%. We should not forget that among the significant effects of the recession were the sharp retrenchments; increase in inflation; reduction in international reserves to RM59 billion; and the Kuala Lumpur Stock Exchange (KLSE) index plummeting to reach 260-point level. Many companies went bust.”

Despite the challenges, Malaysia’s economy grew 4.7 percent year-on-year in the September quarter of 2015. The economy is still expected to grow between 4 and 4.5% in 2016 which is higher than the IMF’s forecast of global economic growth of 3.4%.

The challenges confronting the global economy have impacted individual countries. Malaysia tabled a revision of the 2016 Budget because of the drop in the price of oil. The further reduction in government spending is actually a good thing as it will compel civil servants to cut wastage and be more prudent in spending taxpayers’ money.

In Europe and America, there is a prolonged debate about economic inequality. It was shocking to note that the study done by UK-based anti-poverty NGO Oxfam discovered that 62 people controlled 50% of global wealth. The “haves” and “have nots” continue to widen and as poverty breeds more poverty people will continue to endure economic suffering especially those living in Third World countries.

Even countries that have made great strides in reducing poverty and inequality like Brazil find itself in economic turmoil because of the slowdown in the global economic and China’s weakening appetite for commodities. Its signature programs like Bolsa Familia are threatened by austerity.

In the United States, Bernie Sanders almost tied with Hilary Clinton in the Iowa Democratic Party Caucus as lower and middle income, blue-collar and younger voters were drawn by his message of economic equality and calls for taxing the rich.

Globally, calls for a basic salary are getting more apparent. An unconditional basic income (basic income guarantee) is a form of social security system in which all citizens or residents of a country regularly receive an unconditional sum of money, either from a government or some other public institution, in addition to any income received from elsewhere. The money is generally gained from special taxes levied on the profits of corporations and profits of state owned enterprises. It is also referred to as a citizens’ dividend. Switzerland is running a pilot program in certain cantons.

So from Malaysia to Brazil to America, challenges for policymakers abound but this also provides an opportunity for reform.

Malaysia can share its experience on reducing income equality and ensuring equitable wealth distribution. In 1969, Malaysia was an unequal society with a Gini-coefficient of 0.531. The National Economic Program or NEP was designed to ensure poverty was reduced and economic functions were no longer associated with ethnicity.

A generation of middle class Bumiputra was created and millions of Malaysians who did not have the opportunity to scale up the economic ladder were able to do so because of economic empowerment programmes and education opportunities.

The bottom 40% or B40 of Malaysians have benefited from micro-credit programmes like Tekun, Mara and others. BR1M has also ensured the effects of subsidy rationalization are ameliorated by targeted cash handouts. Furthermore, Malaysians who are living close to the poverty line have been given cash assistance via e-Kasih.

In the 2016 Budget, the government stipulated that the minimum wage for workers in the private sector be increased from RM900 to RM1,000 per month in the peninsula and from RM800 to RM920 for those in Sabah, Sarawak and Labuan.

Also, for the first time in the 2016 Budget, the middle 40% of M40 have benefitted from tax credits and the personal income tax threshold has been reorganised to ensure Malaysians have more money in their pockets.

All of this was achieved despite falling revenue with a sustainable budget deficit of 3% of GDP. These efforts will ensure that the economy remains on a sustainable trajectory while delivering tangible benefits for Malaysians.

For too long, we have been occupied with negative narratives of the economy. While I concede that the depreciation of the ringgit and the drop in oil prices have significantly strained the economy, not enough attention has been highlighted on the positive aspects of the government’s economic policy which includes targeted attempts to reduce income inequality and also assuage the effects of the rise in the price of food and goods.

We are not insulated by the turmoil in global markets and the constant gyrations of the global economy will have a discernible impact on the Malaysian economy but at the same time the policy response has been proactive but it is somehow lost by the disproportionate weightage given to drop in oil prices even though the government’s revenue from oil and gas has been reduced from a high of 49% in 2010 to under 20% in 2016. This massive diversification has only been possible because of the Goods and Services Tax (GST) and the success of the economic transformation plan.

But there is also a need for Malaysians to be prudent and cautious in their spending in the coming months as the impact of the slowdown in the global economy reaches our shores.

Western countries that are grappling with income inequality can actually learn from the Malaysian experience which is anchored on clear social aims with active government intervention. 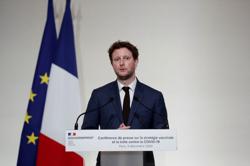