Making some sense of mass hysteria

And with the news out of Kota Baru, we've now all heard of one more case of mass hysteria affecting secondary school students. In this case, the mass hysteria began in SMK Pengkalan Chepa 2 on April 11.

It reportedly affected more than 100 students and teachers, and the outbreak was so serious that the school was forced to stop classes three days later.

Since then, students in at least three more schools were affected – SMK Pengkalan Chepa 1,  SMK Kemumin and SMK Kubang Kerman 3.

As always, this had me asking what on Earth was really going on. Sure, there was talk of supernatural entities being sighted in the school.

However, as much as I want to believe - and explore what's out there with an open mind - I was curious as to whether there's a scientific explanation for what was going on in Kota Baru in April.

Why? Because if there is a scientific explanation, we can - and should - give these students the help they need.

With that in mind, I spoke to Monash School of Medicine and Health Sciences clinical psychologist Paul Jambunathan. And he gave me a very good, very logical explanation for what happened in Kota Baru.

Basically, he said that mass hysteria is often triggered by stress and anxiety.

"The predisposing factor is that there is stress and anxiety in the group, such as the onset of exams or a crisis in the schools. In factories it occurs because of work related stress when everyone is at a boiling point.

"Generally, there has to be some kind of prior tension, everyone is at the tipping point and normally a leader figure in the group or community could be the one who sets everything in motion," said Jambunathan.

Jambunathan explained how mass hysteria is similar to a panic attack, saying that it is a response to an imagined stimulus.

"It spreads through visual contact, when a group sees someone breaking down they will feel the fear. If you analyse the group dynamics in the affected groups you will be able to see who broke down first.

"A lot of it is psycho-neurological, and psychiatry sometimes calls it conversion disorder because it is a conversion of your psychological stresses and anxieties into physical disorders. It is similar to psychosomatic disorders but this is en-masse," said Jambunathan.

He told me that all it takes for a mass hysteria outbreak to sweep through a school is for one student to light the fuse, so to speak.

"When you have people who are in a group who are sharing anxiety and stress and if they are all primed without any stress coping or resolution mechanisms - or for that matter identifying that there is stress building up in you - all it needs is someone to light the fuse," said Jambunathan.

He, however, cautioned that biological, organic conditions should also be explored and ruled out to determine a diagnosis of hysteria.

"All organic issues have to be ruled out to determine a diagnosis of hysteria - whether the school was unusually hot or cold, or whether there was pollution.

"We need to rule all organic factors to determine if the hysteria is psychological. The challenge with hysteria is that it comes on suddenly and recovers suddenly - and recovery can take a short period of a few hours or even a long period of a week or so," he said.

This had me asking Jambunathan how mass hysteria can be treated, and he said that when it comes to treatment, cultural systems and belief systems are involved in terms of how empowered people are in coping with stress.

Jambunathan gave an example of how factories overcame the mass hysteria outbreaks of the 1980s and 1990s.

And as for what happens in schools?

"The main way to treat this is to segregate everyone and keep them all as individuals.

"In modern psychiatry, one of the best ways to treat them is to give them anti-anxiety medication. When they are hysterical, their minds will not be able to process common sense.

"So you reduce the anxiety, the panic and reduce the hormones running all over the place," said Jambunathan.

He added that stress management should be taught to secondary school students, adding that spiritual experts could help in the case of mass hysteria incidents in schools.

"The spiritual experts coming in are actually helping, and students sharing their sociocultural background will respond.

"It would be preferred if there was both cognitive-behavioural intervention and culturally relevant practices," said Jambunathan.

And with that, there you have it. At the end of the day, these outbreaks of mass hysteria can be treated and eventually minimized.

We just have to teach our young men and women how to handle stress better, and we also have to train our teachers how to look out for signs of stress in students and give them the tools to help their students handle the stresses they face.

If factories can do it for their employees, why can't we do it for our young men and women? 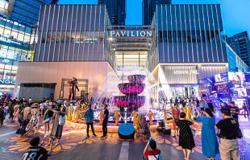 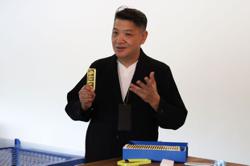 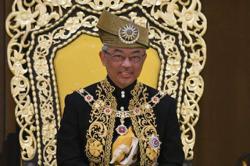 King admitted to IJN for treatment