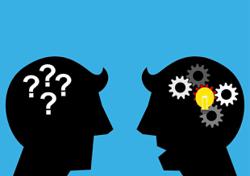 I HAVE said this once in 2015, and I'm going to say it again in 2016. We need to try and support the children with disabilities growing up around us.

We need to make an effort to nurture their capabilities in the same way we do for children who are born without disabilities instead of excluding them from the support we give "normal" children without a second thought.

This is something I am repeating because the challenges - or to put it more accurately, the barriers - still remain in 2016, which ultimately means work has to be done if all children growing up in Malaysia are to be nurtured fairly to achieve their potential.

I'm certainly not alone in this opinion, as it's shared by experts such as Unicef Malaysia Unicef senior child protection specialist Phenny Kakama.

"Many people in Malaysia think children with disabilities are inferior or lesser in terms of capacity, in terms of abilities and that is taken for granted. The result of that is that many people do not attempt to provide these children with the opportunity to demonstrate their capabilities, which they could if they were supported," said Kakama.

Kakama pointed out that Unicef Malaysia's 2012 study found that only 1% of all children with disabilities in Malaysia were in the public school system, either in inclusive education programs or in special needs classes.

This, of course struck me as a sad state of affairs, with Kakama pointing out that prejudice is still a clear barrier excluding Malaysian children with disabilities from equal access to facilities, services and opportunities like other children.

"A challenge comes from our own prejudices and misconceptions about these children, which translates into how we look at them and interact with them - it can reinforce stereotypes about their disabilities. This can mean that children with disabilities do not receive the support they deserve, the support they are entitled to," said Kakama.

He pointed out that many initiatives that supported children with disabilities gave them fish instead of teaching them how to fish, to borrow the old saying.

"People need to recognise that children with disabilities can actually fish, as there are people who think that even if you give them a hook and teach them how, they can't go to the ocean and fish. These people have not tested this assumption, but they already have this prejudgment. These children can survive if they are supported and given the opportunities other children are getting. They need equal rights," said Kakama.

"One of the things we need to change is to challenge the mindset that children with disabilities are in some way inferior. There is an old way of perceiving disabilities, which is the charity or medical model where you want to give them something in a charitable way to make their life better or from the medical perspective, you want to do something to them to 'fix' them. However it is quite derogatory to think this, and we want to move from this towards a rights-based approach," said Gan.

Kakama and Gan are speaking the truth here. I can think of at least three people who were born with physical disabilities who are well on their way to becoming practicing lawyers because they were given the right support and motivation as they grew up from their families and some of their educators.

Two of them, Jason Tang Kah Hung and Jessie Low Fang Jun graduated with Second Class Upper honours from the University of Hertfordshire and are currently studying for their Certificate of Legal Practice, while Amanda Kong Hwei Zhen is in the final year of her law degree at the University of Liverpool.

And all three of them have overcome visual challenges from birth to come as far as they have, clearly illustrating what can happen if children with disabilities are given proper nurturing and support that takes their disabilities into account.

Yes, the three - Tang, Low and Kong - might not be children now. But we can't deny that these success stories didn't emerge overnight; they are shining now because they received a lot of emotional, moral and educational support from an early age that recognised their rights and capabilities, first as children and now as adults.

With that said, and with an example provided, it is clear that we must set aside whatever assumptions we might have about children with disabilities. We need to see them as children first, children who deserve a fair shot at achieving successes in their lives.

At the end of the day, are they not human beings with rights, hopes and dreams?