May the best team win

AFTER 23 long years, Johor have made it to the Malaysia Cup final!

Okay, maybe it isn't the original Johor team, but a team from the southern state has, nevertheless, made it to the biggest final on the Malaysian football stage.

It didn’t come easy for Johor Darul Takzim, or JDT as they are glamorously known, of course, having edged out Premier League side Felda United 6-5 in the two-legged semi-finals.

The tie could have easily gone Felda’s way had they been more potent in front of goal in the second leg, which they lost 3-1 at the Larkin stadium.

The other semifinal – between defending champions Pahang and another Premier League side Kedah – was also full of goals. It ended 6-3 to Pahang, with the Elephants comprehensively winning the second leg 5-0.

Nevertheless, both premier league semifinalists can hold their heads up high, especially for winning their respective first legs. It should also be remembered that the two sides demolished more fancied Super League sides on the way to the semis.

What comes to mind is Felda’s 4-0 thrashing of 32-time champions Selangor in the first leg of the quarterfinals.

Anyway, it’s going to be a cracking final between JDT and defending champions Pahang. Both teams will surely be fired up and ready to go in Bukit Jalil Stadium on Nov 1.

The match will mark the first time that the teams have met in the Malaysia Cup final.

JDT, the most glamorous side in Malaysian football, will badly want the title to prove their credentials as game changers. They have already won the Super League this season and are regarded as the best managed team.

Thanks to the Tunku Mahkota Johor Tunku Ismail Sultan Ibrahim, JDT have come a long way.

They have the best players, personnel, and their pitch is definitely the best in the country.

In Argentinian duo Luciano Figueroa and Jorge Pereyra Diaz, JDT have one of the best attackingcombinations in the league. A victory in the Malaysia Cup should prove a stepping-stone for success on the Asian stage.

Pahang will, however, be determined to rain on JDT's parade.

Pahang were contenders to win the league title, but faded towards the end and finished third.

Still, for a team that was relegated just a couple of seasons ago, they have done really well. And they surely have more than what it takes to beat JDT.

Matias Conti and Dickson Nwakaeme will prove a handful for a Johor defence that will be without suspended captain Mohd Aidil Zafuan in the final.

Pahang also have several nippy wingers that can punish teams on the flanks.

This battle takes me back to the early 1990s when Pahang-Johor clashes were one of the most eagerly awaited contests.

Back then, Johor had the likes of Ervin Boban, Nasir Yusof and Abbas Saad while Pahang had Alan Davidson, Zainal Abidin Hassan and Dollah Salleh on their side.

Johor were Malaysia Cup champions in 1991 while Pahang won it a year later.

As Malaysian football moves into the next phase, my view is that these two teams surely hold the key to the success of the league and national team.

May the best team win! 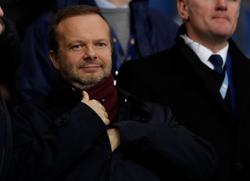