In Malaysia, it is estimated that we only have 250 to 340 tigers left.

At the beginning of the 20th century, there were 500,000 rhinos across Africa and Asia. The number of rhinos left in the world today has dwindled to an estimated 29,000.

It was reported that Malaysia only has five Sumatran rhinos left. 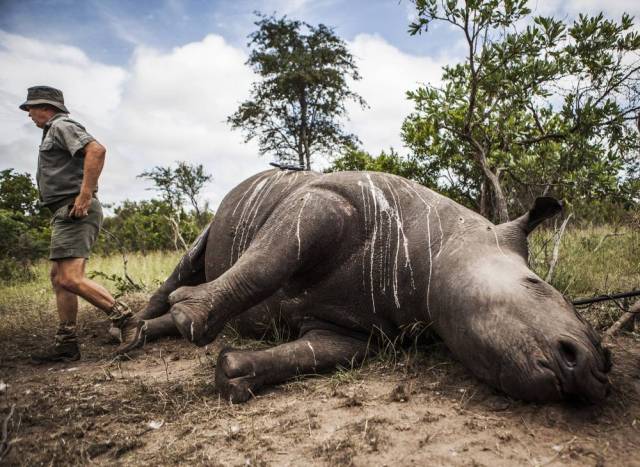 A rhino killed for its horn in Kruger National Park, South Africa. - EPA

In 2011, it was estimated that one pangolin was poached every hour in Southeast Asia. But according to advocacy group Annamiticus, the number of pangolins poached over a two-year period range from 116,990 to 233,980.

Nobody knows how many pangolins are left in the wild.

CEO of Wildlife Alliance Suwanna Gauntlett visited Malaysia to give a talk about the need to protect our wildlife, an issue I hold close to my heart.

"The increase in the wildlife black market is a global problem," she said.

"United States is the biggest importer of wildlife as exotic pets. Malaysia is one of the biggest exporters of exotic pets, especially snakes and lizards," she said. 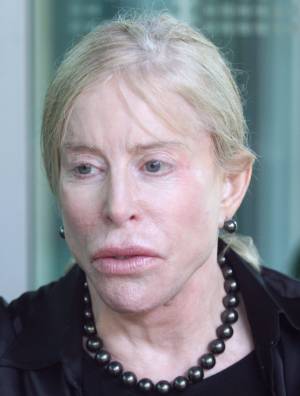 Gauntlett said that the unfortunate reality was that for every exotic pet purchased, four others have died.

She says that only 25% of trafficked animals survive because they are kept in squalid conditions.

"They are given no food or water, and they are often crammed together," she said.

Traders are making tons of money and are bringing in and selling these exotic animals at a rapid pace, says Gauntlett.

In fact, according to the International Fund For Animal Welfare 2013 report on "Criminal Nature", global illegal trade in wildlife was worth some RM62bil annually.

The trade has even moved online.

"People like you and me from all around the world are buying these animals on the Internet. You can find lots of websites that are selling animals online," reveals Gauntlett.

Because of the demand for these exotic animals, poachers are trawling our forests to capture the animals to sell in the black market.

Traffic Southeast Asia director Dr Chris R. Shepherd said that although the global awareness of the threat of wildlife trade is increasing, the situation on the ground is getting worse.

"More species are being added to the list threatened with extinction," he said.

"There is a real disconnect between the high level of awareness and what is seen on the ground. The recognition is not translating to enough action on the ground."

Dr Shepherd believes that a lot more effort and resources should be put into species-specific conservation efforts on the ground.

"We need a lot more researching and monitoring of the wildlife trade, and enforcement should be increased," he added.

Furthermore, Dr Shepherd said that several Southeast Asian countries, such as, Indonesia and Thailand still do not have legislation that protects species from exploitation and enforce CITES (the Convention on International Trade in Endangered Species of Wild Fauna and Flora).

"Malaysia has good legislation, but more effort is needs to protect our threatened species like tigers before we lose them completely," said Dr Shepherd.

He said that Malaysia is still being used as a transit point, and more measures are needed to curb this.

However, Dr Shepherd said while the global conviction rate of wildlife criminals was increasing, there is still room for improvement.

"Prosecutors and enforcement agents need to recognise that wildlife trade is a serious crime and penalties should be handed out accordingly," he said.

I can't agree more with Dr Shepherd's sentiments. It reminded me of how Gauntlett said that despite the efforts by authorities and wildlife organisations, there were still kingpins out there stuffing their pockets with money while they continue capturing endangered animals around the world.

One of the more notorious wildlife traders is Penangite Anson Wong, known as the "Lizard King".

Wong was convicted and imprisoned for 71 months in the United States after pleading guilty to trafficking in endangered reptiles in 2001.

He was later arrested and convicted for attempting to smuggle snakes in his luggage from Penang to Jakarta in 2010.

However, he was released from prison in 2012 after serving just 17 months of his five-year jail term. Rumours has it that he is still in business.

Upon hearing this, a nine-year-old girl in the crowd asked Gaunlett a question she found hard to answer: "Why do we let the prisoners out when they capture or arrest them?"

All Gaunlett could say was that a lot of these prisoners have a lot of money and get bailed out.

It is a sad reality that in quite a number of these cases, the bad guys get away.

There is a weakness in our judicial system. All criminals should serve their full sentence and be closely monitored to make sure they no longer partake in the illegal wildlife trade.

I believe that by successfully convicting our criminals, increasing enforcement, raising awareness and making effective laws that support the eradication of the illegal wildlife trade will help us save the wildlife that we still have on our Earth today.