MALAYSIANS are all about food. But what is the limit to our appetites? Where do we draw the line and say: “No, I will not eat this”?

There are several unusual and rather questionable delicacies served around the world that made me feel slightly nauseated while I was writing this article. Knowing the methods by which these dishes are prepared, and what the animal goes through was enough to make me lose my appetite.

Some readers may have come across a few of these delicacies, and some of you may have even tasted them, but I’ll let you decide for yourself whether you’d devour any of these peculiar dishes:

There is no doubt that ikizukuri is the freshest fish dish in the world. Ikizukuri literally means “prepared alive”, and the name is an explicit giveaway of how this dish is made.

Ikizukuri is the preparation of sashimi from live seafood, such as, fish, octopus, shrimp and lobster. The chef cuts the fish without killing it, and serves it to the diner with the seafood still twitching and gasping for air.

Also known as the dead-and-alive fish, Yin Yang fish is a Taiwanese dish which entails deep-frying a whole fish that remains alive after cooking. The dish is served with the fish still twitching and trying to breathe.

Chefs claim that they cook the dish to prove just how fresh the fish is. This dish is illegal in countries like Australia and Germany.

The ortolan is a small songbird which is captured from the wild, then blinded with a pair of pincers, and stuck in a tiny cage to prevent it from moving. The bird is then put on a diet of millet, grapes and figs until it is bloated to two to four times its normal size. The bird is then drowned in armagnac (a type of brandy) and roasted.

This French dish is apparently best enjoyed by covering one’s heads and face with a napkin, putting the whole bird inside your mouth and enjoying the crunchy bones and innards. These birds were almost hunted out of existence until the French government clamped down on enforcing the laws to protect the bird in 2007.

Foie Gras is a French dish, translated as “fatty liver”, made from the liver of ducks or geese. What is cause for concern is the way the dish is prepared. The aninals are fed straw and grass to strengthen their oesophagus before they are then brought indoors and introduced to a high starch diet before the fattening stage which involves forced daily ingestion.

During this stage, the birds are kept in small cages to prevent them from struggling and are force-fed for 12 to 18 days. Ducks are fed twice daily while geese are fed up to four times daily via a tube inserted into the bird’s oesophagus. The tubes are pneumatically pumped with food that gets deposited in their livers, saturating them with fat until the livers reach six times their normal size.

Shark fin soup is another delicacy that has received severe critics due to the manner in whic fins are harvested. The process, called shark finning, often sees sharks being left to die in the ocean after their fins are cut off. Shark finning is also a major contributor to the decline of the shark population worldwide.

Several restaurants have banned the sale of shark fin soup worldwide due to sustainability concerns.

Balut is a developing duck embryo that is boiled alive and eaten. It is common to find this dish as street food in Philippines, Cambodia, Vietnam and Laos. But it is considered somewhat taboo outside the Southeast Asia.

The age of the egg before it’s cooked is up to local preference. In the Philippines, the ideal balut is 17 days old, since the chick inside has not yet developed its beak, feathers or claws. The Vietnamese prefer their balut to mature from 19 to 21 days, when the chick has developed more.

Don’t get me wrong, I’m sure some of these dishes are delicious and many people enjoy them. But I can’t help but wonder if diners are aware of the methods by which these dishes are prepared and how much the animals suffered in the process.

I can’t help but think about who came up with these dishes. It is sometimes disheartening to know how cruel humans can be, just to satisfy our bellies.

So what do you think, would you eat any of these delicacies? 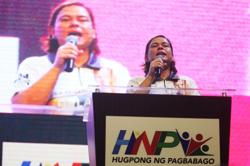