Panda-monium at Zoo Negara but what about the tapirs?

A juvenile tapir in Zoo Negara, with World Tapir Day being celebrated to instill greater concern and protection for this endangered species - Photo courtesy of Malaysian Nature Society.

Our very own Malayan tapir is on the way to extinction, with its numbers having decreased over recent years.

But how much does the public actually know about the tapir? I honestly didn't know too much about the species besides the fact that it is endangered.

For those who do not know, a tapir looks like a large pig with a trunk, although it is more closely related to the horse and rhinoceros. This unusual lineage is also an ancient one - scientists believe that tapirs have been around for tens of millions of years and changed very little over their existence.

But these eclectic creatures are dwindling in numbers because of humans. Similar to the panda, the tapir's main threat is habitat loss. The Malayan tapir that once roamed throughout the tropical lowland rainforests of Southeast Asia is now scarce in numbers due to deforestation, flooding caused by the damming of rivers and illegal trade.

According to the International Union for Conservation of Nature (IUCN) Red List of Threatened Species, there are approximately 1,500-2,000 tapirs in Malaysia.

Although tapirs have protected status in Malaysia that makes it illegal to hunt the animal, we are not doing anything about the issue of their habitat loss, making it tough to revive the population of tapirs in the wild. 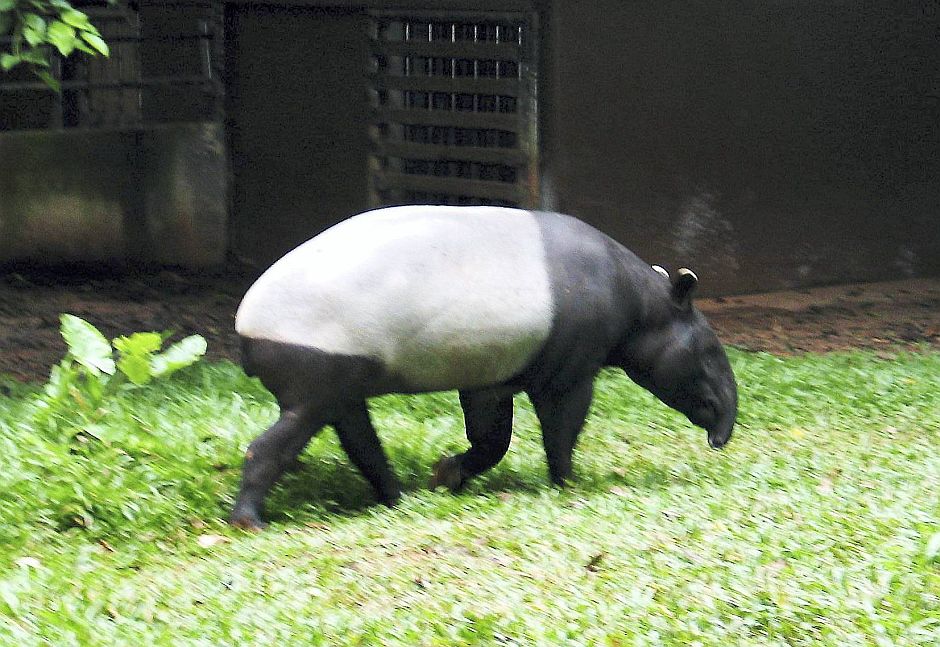 In comparison to pandas, tapirs are getting a lot less money and publicity towards their conservation projects. Especially after Malaysia's big spend on getting the two giant pandas from China settled into their new RM25mil home at Zoo Negara.

While the pandas are getting their superstar treatment (with even their mating antics under the public eye!), the tapirs can't help but fall behind.

However, I can't deny the symbolism behind China loaning Malaysia the two pandas (Fu Wa and Feng Yi) for 10 years. The loan of the pandas represents the 40th anniversary of diplomatic relationship between the two countries.

Junaidi Bin Omar from Zoo Negara's education department said he hopes that the arrival of the giant pandas will also bring about awareness and learning with other local species.

"We hope that visitors to Zoo Negara will be able to learn more about this iconic animal (the panda).

"They can learn about the panda itself, its natural habitat, diet and breeding programme," said Junaidi.

"I also hope that visitors will take the time to learn about our local species as well," he said.

Zoo Negara's director of administration Shahril Shariff expressed his excitement over have the two pandas coming into Malaysia for the first time but also agrees that our local species is just as important.

"Pandas are unique animals that symbolise peace because they represent the Yin and Yang. But our Malayan tapir is also black and white, is is like our Malaysian panda," said Shahri.

"I hope that with the pandas' arrival, people will learn more about the tapir as well," he said.

I'm glad that zoo officials are hoping to also raise awareness for our local animals, but I still think that the giant pandas are under the limelight.

Perhaps more educational campaigns can be formed for zoo visitors to raise more awareness on the plight of our native animals? I would personally be interested in that!

For a native animal that is in danger of becoming extinct, I believe that the Government should be playing a more active role in attempt to revive this species.

I believe the Government should pay more attention to the tapir by allocating more funds for conservation efforts and awareness campaigns to educate the public on this unique Malaysian animal.

I think it's great that we are contributing to the conservation, education and research on the panda, but perhaps a little more attention and money can be given to the animals closer to home.

I believe that the public should also take an initiative and learn more about our local animals that are threatened and play a part in their conservation. Give a care about the tapir, or else one day it might not exist at all.

> The views expressed here are entirely the writer's own.