A much-debated issue gets a closer look in light of Single's Day.

I hope you can help me with a dilemma.

I am a 25-year-old man who is single and lives a healthy life.

Every time I engaged in this, I felt guilty and worried. I read somewhere that such behaviour drains one internally. Is that true?

I am glad to say my life is a lot more disciplined now. I keep my mind occupied with work and sports.

Despite being “contented” with no sex life at present, I am somewhat worried about my state of health.

I am sorry to put Dr G on the spot, but can you tell me what are the health consequences of not ejaculating?

What happens to my sperms when they are not ejaculated? Will it cause me any harm?

I am not actively looking for partners. How long do you think I can stay abstinent? Is sexual abstinence harmful to health?

The word “abstinence” is derived from the Latin word “abstinentia” which means the practice of restraining oneself from indulging in something pleasurable, typically alcohol or sex.

Throughout history, sexual abstinence has been imposed by many cultures to discourage promiscuity for social and moral reasons.

The benefits or harm such restraints have on health have always been issues of debate.

According to Pythagoras in the sixth-century BC, sex should be practised only in the winter, but not the summer, as the loss of semen every season would be harmful. I often wonder how men would procreate in the tropics, with the summer season all year round, if Pythagoras' rule applied.

In more recent times, sexual abstinence was said to offer numerous health benefits for men, while a lack of abstinence was thought to cause a reduction of male vitality.

In scientific terms, the argument has been proposed that a loss of semen through ejaculation results in the depletion of vital nutrients such as lecithin and phosphorus, which are found in high levels in the brain.

“Semen conservation” allegedly allows the nutrients to reabsorb into the bloodstream and aid in the healthy development of the body and mind.

The 19th century German philosopher Friedrich Nietzsche even highlighted the positive physiological effects of sexual abstinence. He stated: “The absorption of semen by blood prompts the stimulation of power, mounted the highest in abstinent priest and hermits.”

Thank goodness we don’t observe too many men shaving their palm and wearing diapers at night in real life!

During the 1960s sexual revolution, the moral goalposts moved. The advent of the first oral contraceptive pills and use of condoms, suppressed the “negative consequences” of sexual liberation.

By 1970s, the abandonment of premarital chastity was a social norm in Western society, and gradually influencing the East.

In reality though, what happens to all non-ejaculated sperms? Where do they go and are they causing good or harm?

Healthy testes make sperms at the rate of between 1,000 and 5,000 sperms per second (Yes, you heard right — per second!) These accumulate along the coil of epididymis, where storage and maturations occurs.

During the process, the sperms are nourished, as they make their way to the prostate. Of course, with such copious amounts of sperms created regularly, large proportions of sperms produced never even make it outside the body despite regular ejaculation.

Basically, sperms that have reached their “sell-by-date” get broken down regularly, and the goodies in the sperms just get recycled back to the body! Abstinence or not, the recycling continues, even in your pants!

In the modern world of “Geek Chic”, the “singledom species” has revived the idea of coolness by being single.

Single’s Day, largely regarded as the “anti-Valentine’s Day” and celebrated on Nov 11, is also known as “bare sticks holiday”. The symbol is four solitary bare sticks. Of course, the sticks can remain single, but this hardly equates to “semen conservation”.

However, when Dr G is put on the spot on whether sexual abstinence is beneficial or harmful to the human body, he quotes Saint Augustine: “Total abstinence is easier than perfect moderation!”

The question is: Can you find that perfect moderation? 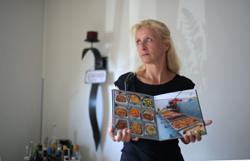 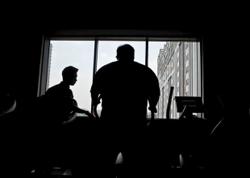 Your weight could be affecting your sperm quality