In modern times, the awareness of the mental state of addiction has extended beyond substance dependence such as alcohol and drugs; it has also been placed on habitual compulsions such as gambling.

The discussion on addiction has also included habits such as excessive use of smart phone or even sexual desire.

This certainly has generated interests and debates on the subject of addiction.

In a medical viewpoint, an addiction has to fulfil certain diagnostic criteria.

This includes the compulsive desire for a habit or habit-forming substance (such as alcohol or heroine) characterised by tolerance and well-define physiological symptoms upon desire.

This week, we address the dilemma of a reader on the issue of frequency of sexual intercourse. Is there such a thing as too much sex, resulting in sex addiction? Is too much sex considered “hook” or “habit”?

My wife thinks I have problems with sex addiction; I hope you can provide me your opinion.

My wife and I have been married for 15 years and we have two great teenage children.

Although life has been hectic for both of us, I continue to have good libido and engage in sexual activities at least twice a week with my wife.

In recent months, my wife has been not too receptive in the bedroom.

Initially, she said she was worried about pregnancy. And other times, she mentioned that the hormones might have dampened the sexual appetite.

The reality is, we have this disparity in desire. My wife thinks it is abnormal to have too much sex at our age. She thinks this is a form of addiction.

My questions are: How much sex is considered normal at my age? Isn’t frequency of sex a reflection of happiness in a relationship? Do I have sex addiction?

The experts in the field of sexual health, including psychiatrists, sociologists and sexologists all have differing opinions on the issue of sex addiction.

As a result “sexual addiction” does not exist as a clinical entity in medical classifications of diseases and medical disorders.

In a general term, the condition of “sex addiction” is characterised by compulsive participation or engagement in sexual activity, despite negative consequences.

This is slightly different from the condition of “sexual dependence” that refers to a conceptual model of people reporting the inability to control their sexual urge, behaviour and thought.

However, most of us agree “sex addicts” are not simply people who crave lots of sex. Instead, they have underlying problems such as anxiety or depression that drive their risky sexual behaviours.

In reality, many factors can influence how often people have sex. Relationship status, health, age, culture and religious beliefs all play an important role in the frequency of sexual encounters.

The famous Kinsey Institute performed a National Survey of Sexual Health and behaviour in the United States which revealed interesting statistics about the sexual appetite of the nation.

Only 2% of single men and 5% of single women between the ages of 18 to 24 years old have sex more than four times a week compared with 21% of married men and 24% of married women.

Age is not necessary a deterrent to sexual frequency, but the number of intimacies naturally declines.

In Malaysia and Asia Pacific countries, I was involved in a similar study a few years ago.

The frequency of sexual activities in Malaysia is around twice a week for those under 40s. This declines to six times a month for those above the age of 40.

The sample size was, however, small and most of the respondents were urban participants answering the questionnaires online.

It was also revealed that couples might not be any be happier even if they engage in more sex.

Researchers from Carnegie Mellon University conducted a study on 64 couples between the ages of 35 and 65.

Half the couples were instructed to double the weekly frequency of sex and others were halved.

The fact is for every couple, the relationship dynamic is different. It obviously takes two to tango and the “right” frequency is the one that satisfies both partners.

It may take time to figure this out and the frequency will clearly alter with time and relationship. It may take an effort to figure out what is the right intimacy frequency.

The important focus is on communication and negotiation. Couples may need to make compromises to reach an agreement.

Health care providers such as qualified sex therapists do not just help to heal, but often act as mediators to open up communication and assist the process of negotiation. 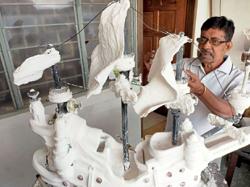