THE passing of boxing legend  Muhammad Ali had generated outpouring of tributes from the memorial service held in his hometown of Louisville.

Former president Bill Clinton described Ali as a “man of faith” who took “perfect gift we all have” and released to the world.

Among the attendees of the star-studded service was “hard man”, Mike Tyson. He described Ali as a humorous and sensitive man who made his own destiny.

In fact, I find it difficult to believe that boxers such as Tyson and Ali can described themselves as “sensitive”.

Tyson also once confessed: “My biggest weakness is my sensitivity. I am too sensitive a person.”

Even the “Muscle from Brussels”, Jean-Claude Van Damme also owned up to his weakness: “I’m one of the most sensitive human beings on Earth, and I know it.”

So, can sensitivity and manhood co-exist in reality? This week, we tackle the subject of the male human anatomy.

We explore the part of manhood that is often described as the “most sensitive part of the penis” that generates a great deal of “trouble”.

Recently, I started having sexual intimacy and realised it is almost impossible to engage in penetrative intercourse.

During penetration, the downward facing penis is painful and the “band” in the lower part of the penis is pulling so hard that it causes so much pain.

Needless to say, the pain made the erectile disappear, resulting in failed intercourse.

I initially thought that this is just a temporary problem and will resolve with different sexual position. Sadly, the problem persisted.

I went to a doctor, who told me that my frenulum is too tight, causing tension during erection. This in turn results in a bent penis.

The doctor advised me to have a circumcision.

I am very worried. What exactly is the frenulum?

What is the function of this structure? Isn’t this the most sensitive part of the penis?

What will happen to the frenulum after circumcision? Is there an alternative?

Will the operation ultimately alter the sensitivity of my manhood?

I am sad and confused. I need your help.

The frenulum of prepuce is often known simply as frenulum. This is a band of tissue under the gland penis, which connects the foreskin to the convergence of glans penis, called vernal mucosa. The frenulum helps to contract the foreskin over the glans.

The real sexual function of the frenulum is unclear. It has been associated with tissue delta. The tissue is observed to be very reactive and responsive to light and soft touches.

Researchers in sexual health, Crooks and Baur, described two extremely sensitive specific locations that many men find particularly responsive to stimulation are the corona and the frenulum.

This is noted to be “sources of distinct pleasure” and repeated stimulation of the structure can result in climax and ejaculation in some men.

This is particularly common in men with spinal cord injury, who have impairment of stimulatory signal reaching the brain. The repeated frenular stimulation can also produce orgasm and ejaculations.

In most men, the frenulum is long enough to allow free movement of the foreskin over and away from the glans. For men born with hypospadias, where the penile opening is facing downwards, frenulum is completely absent.

For most men with or without frenulum, sensitivity during sex is never reported to be impaired.

In some individuals, the frenulum is short and restricts the movement of the foreskin.

As the frenular breve is caused by short tissue pulling downward during erections, this presents as frenular chordee, that often prevent smooth entry of penis into the vagina.

Hence, forced penile penetration can be painful and results in lost of erection.

In men with frenulum breve, vigorous penetrative intercourse can cause natural tear and significant bleeding following the severed frenular artery.

Following such “induction”, the vast majority of men will have no further problems with tight downwards band, as frenectomy had occurred naturally.

The frenulum may be completely or partially removed during circumcision. The complete removal was reported to be between 20% and 33% of men, following the operation.

Despite such statistics, the dampening of sensitivity in the penis is thought to be negligible, as one third of the male population in the world who had circumcision do not experience diminished sensitivity of their manhood.

American academic and social critic of feminism, Camille Paglia once commented: “Manhood coerced into sensitivity is no manhood at all.”

The contribution of the sensitivity of frenulum in the overall sexual experience in questionable. For men with frenular breve, the forced intercourse can only result in further dampening of sensitivity.

So, Dr G’s advice for David is, “Bite the bullet and go for the snip, and worry not about the sensitivity. Soon, the freed manhood will experience more pleasure than pain.” 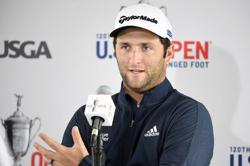 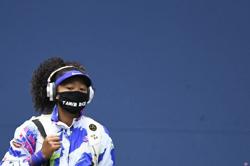 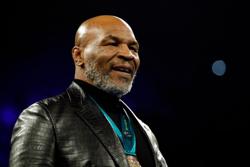 Tyson to return to ring for exhibition against Roy Jones Jr