No pleasure from delayed gratification 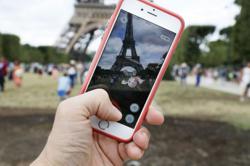 TODAY is May 1, Labor Day. When a public holiday falls over the weekend, it usually means an exodus of holiday-makes from the city, with many heading to the airports.

When faced with a delay at the airport, my patience is stretched to the limit. Amidst the frustration, I can find a degree of calmness with a quote from my hero, Shigeru Miyamoto, the video game designer of Super Mario and Donkey Kong.

Miyamoto once said; "A delayed game is eventually good, but rushed game is forever bad".

The question is, when is come to sex, does the same rule apply? Will a "delayed" sexual experience translate to enhanced pleasure or doomed pain? With that in mind, lets deal with the predicament faced by a reader.

My 47 year-old-wife and I have a very active sexual relationship. However, in recent months, I have been having difficulty achieving an orgasm during sex.

It usually takes me around ten minutes to finish the business, but now, it takes more than half an hour to achieve sexual climax. Occasionally, I am unable to altogether.

Don't get me wrong, I am very proud to have such lasting power, but this brings about frustration and even occasional pain, especially when I am unable to sustain the erection to a happy conclusion.

Can you please tell me what is happening? What long does intercourse normally last, and how long is it until it is considered abnormal?

Is there a treatment for this?

Delayed ejaculation is also termed retarded or impaired ejaculation. This is a well-documented condition characterised by an extended interval of sexual stimulation for a man before climax and ejaculation.

Although it is normal for men to experience delayed ejaculation from time to time, the condition only presents as an impairment, or sexual dysfunction, when it bothers the sufferer or affect sexual partners adversely.

On average, a man will last 4 to 8 minutes from the time of penetration to the point of ejaculation. Although many may view prolonged sexual intercourse positively, more than 30 minutes of sexual stimulation before ejaculating, may be painful (literally!) and exhausting, to say the least. Sufferers of delayed ejaculation often complain of fatigue, irritation and loss of erection during intercourse.

The real prevalence of delayed ejaculation is largely unknown. In one survey, 80% of men reported being unable to achieve orgasm in two months of regular sexual encounters.

This condition can be categorised into lifelong or acquired, according to its time of onset. Many sexual health specialists will also further categorise the disorder into generalised or situational, the latter only occurring with certain sexual partners, positions or circumstances.

The causes of delayed ejaculation is predominantly unknown. However it can result from certain medical conditions, surgery or even medication. Depression, anxiety and stress are often linked to the increase in the interval of ejaculation. Other medical conditions such as injury of the pelvic nerves, low testosterone or thyroid hormones and strokes may also be factors. Even psychological causes of sexual dysfunction such as cultural and religious taboos, poor body image and differences between reality of sex with a partner and sexual fantasies have also been recognised as causes.

The treatment of delayed ejaculation depends on the underlying causes. Stopping medication such as antidepressants, certain anti-epileptics and the reduction of alcohol consumption can often normalise the ejaculatory functions. On the other hand, psychotherapy can usually help by addressing the underlying mental problems leading to the delay in ejaculation. The intervention usually involves counselling by a sex therapist, which will require active participations of sexual partners.

A 19th century American writer and philosopher, Amos Bronson Alcott once said, "success is sweet and sweeter if long delayed and gotten through many struggles and defeats".

When it comes to sex, nature somehow dictates it to be sweet only when the interval is not too long, and definitely not too short.

So, Dr G's advice for the men who struggle with delayed ejaculation is; "Sex is a journey of exploration and the delay in ejaculation is a mere opportunity to make the journey pleasurable and painless". 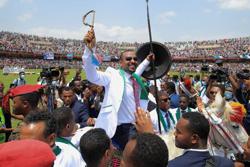