Is penile lengthening worth it?

THE beginning of the second quarter of the year is marked by April Fools’ Day. This is the day celebrated by playing practical jokes and spreading hoaxes. In fact, the first recorded association of April Fools’ references were identified as early as 1392 in Geoffrey Chaucer’s The Canterbury Tales.

Some newspaper, radio stations and social media report fake stories to gain attention, and hope for lasting impression. In modern times, perhaps the most famous prank performed by a large corporation was the BBC (Yes, even the BBC has a sense of humour) broadcast a film in the flagship current affairs programme, Panorama.

It purported to show Swiss farmers picking freshly grown spaghetti, in what they termed the Swiss Spaghetti Harvest. This prompted floods of requests to purchase the plant, forcing BBC to declare the film a hoax on the news the next day.

With the advent of the Internet and social media, April Fools’ pranks catch and embarrass a wider audience than ever before. Without exception this year, my email inbox was inundated with request from readers for a variety of “urological complains” and “proposed solutions”. By far, the commonest complaints were “compromised” penile length, and the proposed solution was a request for a “lengthening” operation.

I was not sure which the letters were the “real McCoy” or April Fools’ pranks. As the famous quote from the Great William Shakespeare stated: “Better a witty fool than a foolish wit”. In the spirit of April Fools’ Day, I have decided to address one of the “reader’s” concerns and decision for a penile lengthening intervention.

First of all, I would like to be anonymous as my problem is of sexual nature and rather embarrassing.

I would like to get straight to the point. I have a short penis.

Since secondary school, I have always noticed my penis is smaller than my peers. This makes me feel sad and stops me from getting intimate with the opposite sex.

I am now 25 years old and have not engaged in any sexual activity.

I have been to a few doctors and asked for a corrective surgery. I am sad to say all of them have been dismissive and say my size is normal.

I have checked and can confirm my penile length is 12.88cm when erect. I know this is below average.

I have looked on the Internet and realised that penile lengthening operations such as the division of the suspensory ligament of the penis can help me. I understand this operation is available abroad.

I am keen to have this operation in Malaysia. Do you do them?

Can you explain how is the operation done and what are the risks?

I am determined to go abroad to have the operation if it is not available in Malaysia. Is that foolish?

Most of the human penis growth happens between infancy and the age of five, and from one year after the onset of puberty, till at least 17 years old. So, as an adult, what you see is what you get.

Of course, in life, some men are more blessed than others, to have longer private parts. But for the rest of us, the length is “just average”. In 2015, a systemic review of the best research on the topic concluded the mean length of erect penis is 13.12 plus minus 1.66cm. So technically, our reader’s penis of 12.88cm is still within acceptable range. (It often astonishes me how the researchers and some men can get the accuracy of penile length up to 0.08cm, I guess every millimetre counts!)

Of course, some men seek "more length" to impress. This is usually originates from anxiety and embarrassment arising from changing in front of the others, usually coined as “locker room syndrome”. In fact, such penile dysmorphic disorder is only problematic when “boys comparing with other boys”, and has no adverse impact on the sexual functions or relationship.

One of the ways to immediately enhance the penile length is the division of the penile suspensory ligament. In men, the ligaments are the strong tissues arising from the pubic bone, holding and supporting the appendage when erect. Surgically cutting the ligament allows the protrusion of the penis outside of the body, thereby appears to increase the length.

In a recent study at the Institute of Urology in London, 42 men underwent the penile lengthening intervention. On average, the surgery had added half an inch (1.3cm) to the flaccid and stretched penis. The erect length gains were also disappointing as the elongation were limited to an average of 0.3 inch. Sadly, only 35% of the patients were satisfied with the outcome.

One of the main reasons of the unsatisfactory outcome of the operation is the unrealistically high expectation of the gain. Besides, the price to pay after the division of the suspensory ligament may result in altered sensation of the penis. As nature’s intended purpose of the ligament is to stabilise the penis during sexual intercourse, getting rid of the tissues often results in “unstable wandering” penis during penetration.

Despite the suboptimal outcome of the intervention, many men may still be enthusiastic for the enhancement. This has prompted post operative supplementary “torture” (I mean exercises), including penile stretching routine, using weight or spacers. In reality, such routine might even result in paradoxical penile shortening by 1cm, due to the retraction of the scar tissues.

It does not take a genius to work out I am less than enthusiastic about the penile lengthening operation and do not perform such intervention. Despite that, I am sure many “wise” men will continue to try their luck for that extra inch. Like most cosmetic surgery, the beautifying procedures attempt to make the subject feel better.

Self-confidence and beauty should come from within, and no surgery is deep enough to alter that. On that note, I leave you with a quote from the mighty Godfather, Al Pacino: “It is easy to fool the eye, but it’s hard to fool the heart.” 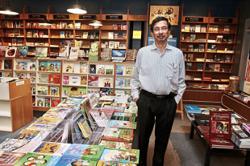 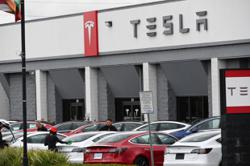 What is Tesla's Battery Day, set for Sept 22?