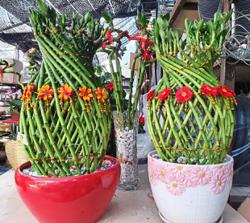 Many men consider healthy sperm to be a God given right. - Copyright Schering AG

William Shakespeare is arguably the most prolific writer in English Literature. He apparently “invented” and “introduced” thousands of words and phrases in his plays. For example, “sanctimonious” and “multitudinous” and phrases such as “Fair play” (the Tempest) and “Break the ice” (Taming of the Shrew) are common words that first appeared in the Playwright’s work.

“I find my zenith doth depend upon a most auspicious star, whose influence if now I court not, but omit, my fortunate will ever after droop.” The famous quote from The Tempest, which according to many critics was the last play Shakespeare wrote alone. The word “auspicious” apparently appeared for the first time on Shakespeare’s plays.

The word auspicious is actually derived from Latin “auspicium” meaning good omen, when observing the flight of birds in the fifteenth century. In the modern day, auspiciousness promises success, prosperity and favorable fortune.

In spirit of Chinese New Year and the auspicious year of Goat, we explore the truth behind the propitious ness of auspicious beliefs. Is this all mumbo jumbo “invented” in the dark ages? Or is this the logical science highlighting the alignment of astronomy?

Thank you so much for answering my questions.

My wife and I have been married for four years and we have been waiting for a suitable year to have a child.

My wife and I were both born in the year of the Rooster and our FengShui Master tell us this year is a good year for us to have a child.

Apparently, the year of the “yang” wood goat is favorable for our Zodiac signs to have a daughter.

I don't expect you to agree with my beliefs, but I do hope you can help.

I understand you have previously mentioned the quality of sperms in male populations is declining. Is that true?

I am 32 years old and hope you can give me some tips to help to boost my fertility.

Is it true the sperm quality is linked to diet, exercise, stress and lifestyle?

Can you let me know what are the things to improve on and to avoid?

Look forward to your answers.

Healthy sperm are considered by many men to be a God given right. In reality, up to one fifth of men have poor quality sperm and this constitutes at least a quarter of the etiologies of infertility faced by couples. I may believe in the Zodiac alignment, but I doubt this is purely due to bad FengShui.

Two famous studies in Europe had identified the significance declines in sperm samples with no real causes identified. In a Danish study, it was demonstrated the number of sperms in each milliliter had halved since the Second World War. This is also echoed in a French study that highlighted further deterioration in the number of gametes in 26,600 Frenchmen between 1989 and 2005, from the average of 74 millions to 50 millions per milliliter of ejaculation.

Many advocates of Men’s health had proposed the “Estrogen Hypothesis”, which incriminate chemicals in our food chains, not dissimilar to female hormones to have adversity on our fertility. (Personally, I think it might even be a conspiracy)

As the tide is against men’s fertility, a tremendous effort is noted to help men fighting the trend of declining gametes. Researchers at Manchester and Sheffield discovered moderate amount of alcohol and wearing tight briefs might not have the negative impact on fertility as previously stipulated.

The cooling effect of the sack has also been observed to be vital. A three-year research by the University of California had worked out that the optimum temperature for the sack is 34.5 degree Celsius. They found men who stopped taking hot baths experienced an increase of sperm numbers by at least five folds.

On the other hand, a Spanish study discovered prolonged biking could severely affect the morphology of sperm. This study revealed that cyclists with an average age of 33, and cycled around 300 Kilometers a week have more deformities in their gametes.

With mobile phones in our pockets and laptops with close proximity to the groin, we may wonder about the impact of modern technology on our “crown jewels”. A 2011 study suggested that samples from men with laptop and WIFI exposure became more sluggish with demonstrable DNA damages.

A study from Sao Paolo University had also concluded drinking coffee could improve the motility in sperm, although, three cups or more may induce mutation in sperm. (Not surprisingly, the study was conducted in Brazil)

Lastly, the Cleveland Clinic had concluded that the “Auspicious Red” might be propitious for the sperms after all. An analysis from 12 different studies on the impact of food on sperms concluded that the consumption of Lycopene-rich red fruit such as strawberries, cherry and tomatoes improved the motility and the number of sperms in ejaculations dramatically.

I am not sure whether the advice from a Feng Shui Master is “invented” or substantiated. Dr. G’s prediction of a fertile wooden goat year is to get off your bike and keep cool with the air conditioning.  Keep the WIFI device away from the sacks. “Yam Seng” in moderation and finish off with a nice cup of Brazilian Coffee. And don't forget the auspicious red fruit to put the final touch to that marvel of creation!  Happy Chinese New Year!