Blood in the semen

I am a parent who is trying to understand my two teenage kids. My daughter is passionate about Taylor Swift.

In a recent family trip, I had numerous opportunities to listen about the current pop culture and what influences them.

I also read that the 24-year-old pop savviest romantic charmed the world and conquered the music industry. As prominent and influential as many world leaders, Swift is also featured in the front cover of the Times magazine.

Swift once said in her RED tour: “Red is such an interesting colour to correlate emotion because it’s on both end of the spectrum. On one end you have happiness, falling in love, infatuation with someone, passion and all that. On the other end, you have got obsession, jealousy, danger, fear, anger and frustration” - spot on for a young pop princess, unravelling the complexity of life.

In medicine, red is generally associated with danger and alert. I guess when bleeding occurs, the body is trying to tell you something alarming is happening.

I am 28 years old and got married last year.

My wife and I have an amazing sexual relationship until recently!

During the first year of our marriage, we had intimacy regularly, almost every other day. As the frequency increases, we became more adventurous.

Three months ago, I started noticing blood in my semen, after an intercourse that perhaps was more vigorous than normal.

The same problem of blood in my sperms continues intermittently over the last few weeks, I mean fresh blood!

I went to the urologist who had examined me and had undergone blood tests, MRI and even fixed a camera up my penis. Yes, the whole camera, up my “water-hole!"

He assured me that all the tests were normal and everything would resolve.

It is not that I don't trust him but blood coming out of your penis? Surely your body is trying to tell you something is very wrong somewhere.

Because of this condition, my wife and I are fearful of intimacy.

My wife found out on the Internet that such bleeding can also be caused by Chlamydia or Gonorrhea, and she is worried I might have transmitted some nasty diseases to her.

Frankly I am worried, too. Of course, we are also trying for a baby. Do you think such bleeding will bring harm to the baby? Or will I even have babies?

Can you tell me why is this happening to me? Is it because we had too much sex? Is there such a thing as too much or too vigorous sex?

I cannot understand why the doctor could not find the cause of the blood despite having undergone such extensive tests. Are we missing something here? Do I need more tests?

Will this nightmare ever go away?

Blood in the semen is called hematospermia. It is probably one of the most terrifying experiences a man can have when seeing red in ejaculate.

The symptoms have little medical significance as it is generally not related to a serious illness.

Hematospermia has been reported for centuries even in the Hippocrates era.

The exact prevalence of this condition is largely unknown as most bleedings “come” unnoticed (or perhaps, much of the activities are nocturnal in nature, and mild bleedings are generally unobserved).

Blood in the ejaculate can occur at any age in sexually matured adults, and is mostly self-limiting, and no investigation is necessary.

Hematospermia is usually caused by inflammatory conditions in the prostate and seminal vesicles (organ for the storage of semen secretion).

The most common cause of such inflammation is an infection resulting in prostatitis.

Most of the infections are “innocent” in nature though STI (Sexually Transmitted Infection) is probable for men with history of sexual promiscuity. Of course, with the persistent redness in ejaculate, the fear of serious condition such as cancer is there.

In a recent study of men with hematospermia, five percent of the participants were identified with prostate cancer.

All the men who were diagnosed with cancer were above 40 years old, with elevated blood test PSA, and abnormal digital rectal examination.

The utilisation of MRI or CT scans to delineate the causes of bleeding are mostly unfruitful but play a part in reassuring the patients.

Although Cystoscopy (the camera insertion into the urinary tract) may sound traumatic, it is normally quite tolerable, as the digital modifications of the instruments has made them small and flexible to allow insertions.

Majority of hematospermia cases are self-limiting but this can take up to three months.

Medications such as antibiotics and prostate shrinking remedies may help. Occasionally, fulguration of the bleeding vessels in the prostate may be necessary to prevent hemorrhage.

German poet and philosopher Albert Schweitzer, once said: “An optimist is a person who sees a green light everywhere, while a pessimist sees only the red stoplight. But truly wise person is colour blind.”

I guess when it comes to hematospermia, go and see the doctor and get investigated. Otherwise, when having intimacy, switch off the lights, be wise and colour blind! 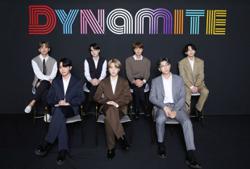