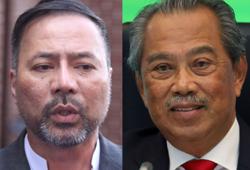 IT was recently reported that Tun Ahmad Fairuz Sheikh Abdul Halim, a former Chief Justice, gave a lecture entitled “Islam as the law of the land”, in which he remarked that any law contrary to Islamic scriptures is null and void.

The basis for his argument appears to be by reading Articles 3 and 4 of the Federal Constitution together.

Article 4 (1) meanwhile provides that the Constitution is the supreme law of the Federation and any law passed which is inconsistent with this Constitution shall, to the extent of the inconsistency, be void.

His argument is not novel.

This very same argument has been decisively dealt with by the Supreme Court in the case of Che Omar Che Soh v Public Prosecutor.

It was argued by the appellant in the case that the mandatory death sentence for the offence of drug trafficking is null and void for being contrary to Islam.

Counsel for the appellant cited Article 3 of the Federal Constitution, and submitted that since Islam is the religion of the Federation, the imposition of the death penalty, not being hudud or qisas according to Islamic law, is contrary to Islamic injunctions and is thus unconstitutional.

The Supreme Court rejected this argument and thus held that the wording of Article 3 cannot sustain the submission that the death penalty is unconstitutional because it is contrary to Islamic law.

Che Omar Che Soh is still good law. Subsequent apex court decisions have not disturbed the principles in the case. That is why, with respect, the argument by Tun Fairuz is simply unsustainable in law and ignores the constitutional and legal history of our country. If accepted, it would completely change the character of our Constitution.

The special position of Islam as the religion of the State is clear and without question. But Article 3 does not mean laws must be passed in conformity with Islamic principles to be valid.

Debate has raged for years as to whether Malaysia is a secular state or otherwise. This question is, for all intents and purposes, an academic one, for forums and lectures.

But what should be clear to all is that Malaysia is not a theocratic state, since the Federal Constitution places the Constitution itself as the highest law of the land, not any extrinsic religious source.

Regardless of our personal beliefs, we should at least agree to uphold the supremacy of the Federal Constitution. Let us remind ourselves of the words of Lord President Tun Salleh Abas (as he was then), delivering the judgment in Che Omar Che Soh:

“We have to set aside our personal feelings because the law in this country is still what it is today, secular law, where morality not accepted by the law is not enjoying the status of law.” 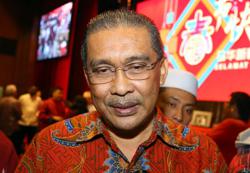