Characteristics of the Rule of Law

We often come across the phrase ‘the rule of law’ these days. But what does the ‘rule of law’ actually mean?

The rule of law is legal principle that law govern a nation, as opposed to being governed by arbitrary decisions of people who wield power.

Those with power must themselves be constrained by laws in exercising their powers and not act according to their whims and fancies.

There are several important characteristics of the rule of law.

One characteristic is that no person may be punished or made to suffer unless the person has committed a distinct breach of the law.

This characteristic of the rule of law is related to another legal principle; that a person is innocent until proven guilty.

What this means is that there must first be a law enacted which creates the offence.

This is one of the reasons why laws are made, so that a citizen knows what he or she is prohibited from doing.

If there are no clear set of laws, a person will not know if he or she is committing an offence.

The person alleged to have committed that offence must be charged and the charge must be proven by an independent tribunal, such as a court, before the person can be punished.

Another important characteristic of the rule of law is that every person is equal before the law.

Equality before the law means that the law must not be based on the class of the person.

It also means that every person must be entitled to equal protection of the law.

If a person who holds power has committed a wrong on a citizen, the citizen must be allowed to seek redress from the person in power.

There can be no exclusion from the application of the law based on class or social status, for example.

The rule of law is universal. It is part and parcel of most legal systems in the world. It is an important bedrock of modern democracies.

At home, the rule of law is embedded in our own legal framework by the provisions of the Federal Constitution.

For example, Article 5(1) of the Federal Constitution provides that no person shall be deprived of his life or personal liberty save in accordance with law.

Article 8(1) meanwhile provides that all persons are equal before the law and entitled to the equal protection of the law.

A country where there is no rule of law, is a country that inches ever closer to a failed state.

It is therefore important for us as citizens to ensure that the rule of law is adhered to by the State and those who purport to act in its name. 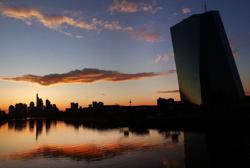