He confirmed that around 28 percent of the Bukit Lagong forest reserve is set to be quarried without the land being excised from the reserve. He added that “all approvals for the quarries were issued in the form of minor licences according to Section 28 of the National Forestry Act (Adoption) Enactment 1985” whereby “the status of the land remains as a forest reserve.” 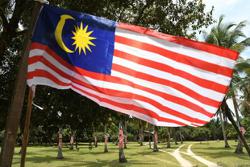