Vape is part of the nicotine problem 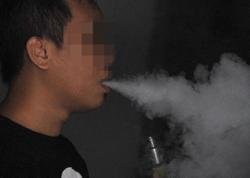 THE intention to tax vapes and electronic cigarettes (EC), as announced by the Finance Minister during the tabling of Budget 2022, and the Health Minister's revelation that the government would be tabling a Tobacco and Smoking Control Bill regulating all tobacco-related products including vaping devices, are greeted with both welcome relief and alarm.

Such legislation will certainly help to ensure consistency and clarity of the government's tobacco control policy. What is worrying is the plan to regularise and tax vape liquids containing nicotine.

The local vape industry is estimated to be worth almost RM3bil. According to the National Health and Morbidity Survey 2019, there is an estimated 1.12 million vapers in Malaysia. They are also getting younger.

Findings from the Tobacco and E-cigarette Survey among Malaysian Adolescents 2016 (Tecma) showed that 36.9% of students started using EC between the ages of 14 and 15; and more young women are experimenting with EC for the first time compared to conventional cigarettes, which are viewed negatively.

A media report found that Standard 6 students in Seberang Perai were using devices, smoking what were supposedly fruit-flavoured vape juice such as watermelon. With disposable vape pens containing between one and 5% nicotine available for RM20 and open delivery systems, EC will rapidly become a major contributor to the problem of nicotine addiction among young people in Malaysia.

An expert scientific panel convened by the US Food And Drug Administration and a South Korean study have respectively provided evidence of health risks and contradicted the claim that conventional cigarette smokers will switch to heated tobacco products.

The US FDA found that when smokers switched from traditional cigarettes to “heat-not-burn” devices, there was no evidence of improvements in lung function or reductions in tobacco-related blood vessel damage and inflammation. The available evidence suggests that the devices are just as harmful to the lungs and immune system as traditional cigarettes.

A common concern is the possibility of a “gateway” effect where EC users eventually end up developing a nicotine addiction. Vapers will find that though they may have stopped smoking cigarettes, their nicotine addiction has transferred to EC and vape. They either continued vaping, take up cigarettes or smoked both vapes and cigarettes, becoming dual users. A study among 1,300 university students from six universities in Malaysia found that 75% smoked EC or vape, and 40% did both.

Today, smoking cessation clinics, including those in Malaysia, are treating patients who are trying to quit smoking cigarettes, vape or both.

Quitting is hard. It has been estimated that it takes smokers at least 30 attempts, and relapse rates are high. We need to increase access and easy availability of nicotine replacement therapy (NRTs) products such as nicotine patches and gum, which have been shown to be successful in helping smokers to quit smoking and be free of their nicotine addiction.

NRTs need to be reclassified to allow for over-the-counter sales, making them a lot easier for people to purchase. They are currently only available from a pharmacist.

It will take twelve weeks, and as long as six months, but those on NRT to treat their addiction will find that they can achieve full cessation of both tobacco and nicotine.

Declassification of NRTs will improve their access and use by people wanting to quit smoking and vaping through a smoke-free approach.