Trade unions should work with other organisations 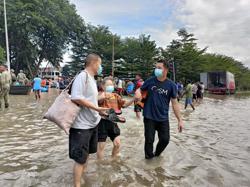 THE late trade union icon Dr V. David once candidly told me that to keep the struggle of the workers burning, the working class must feel hunger in their bellies. This was in the early 1980s, and I thought his view was diametrically opposed to the philosophy of the workers’ movement. After participating in a six-month long lockout to protest a company’s move to break its union, I finally understood what he meant.

During the said lockout, the workers involved were deprived of any source of income. Our bellies certainly felt the hunger for food but our resolve to stand united to fight the injustice gave us strength. We also forged a strong camaraderie that transcended race and religion.